The Girl with the Pivotstar Jacket 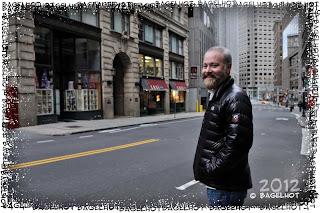 As the days on set in Boston drew to a close Scott and I decided it was a good time to go to the Haymarket Pizza one last time and enjoy a slice or two (or three). If you're in Boston I highly recommend this place. It's a no nonsense pizza place that's good and inexpensive. Cheap and good how can you beat that? 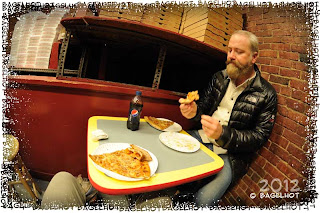 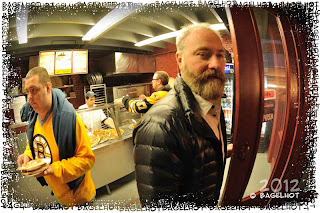 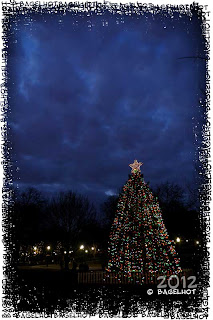 We had just come out of the Loews Theatre from watching David Fincher's "Girl with the Dragon Tattoo" movie, had the pizza and went our separate ways. On the way to the train station I noticed a pivotstar jacket on someone and having not photographed roller derby for the last four months had to go introduce myself. 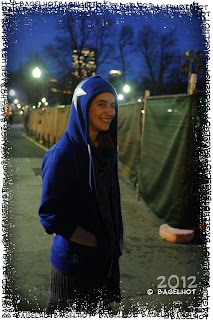 "Hello, Are you a roller derby skater?"

While in hindsight this seemed kind of creepy, at the time I think the skater and friend were more amused that I even knew what roller derby was. They even entertained me by posing for a few photos. (photos that I would eventually send off to LuluDemon; "oh yeah that's right, I 'know' people") 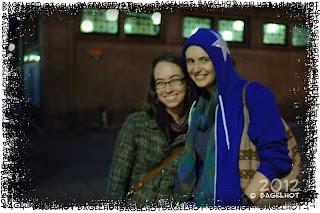 Skater and friend pose for the "derby photographer"

It was good seeing some derby people after about four months of not being able to photograph any derby what so ever and also missing the world cup (held in my home town of Toronto). So if anyone out there knows who this skater is ,she skates in Canada on the west coast is all I remember and originally from the States, please forward her these photos. Awesome and Thanks.
Posted by BagelHot at 7:00 PM 2 comments: 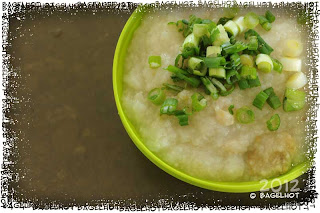 While in Boston I spent about 4 months without a kitchen before moving into Patrick's luxurious kitchen equipped apartment to take care of the dog Phoebe (see previous fat dog posts). It was during this great stay at the apartment that I had time to go out to the nearby Macy's and pick up a slow cooker for a mere $17 bucks.

Kitchenware can be pretty inexpensive in the US and at the same time it can be difficult to find a single food storage container (for sale by itself as opposed to buying the mega value pack where you get more than 10 containers at once), or oven mitts made of fabric.

Anyhooo... The last couple of weeks I'd been going to Vinh Sun, a restaurant in Boston's china town specifically to have their congee. This leads us to making congee at home in a slow cooker because sometimes we're just too lazy to go out in the cold and eat it in a restaurant.

So after a few sampling visits to Vinh Sun, I made mental notes as to the taste and consistency of the congee and thanks to multiple tries of making the stuff at the apartment (more than you really want to read about) I am presenting my findings here. 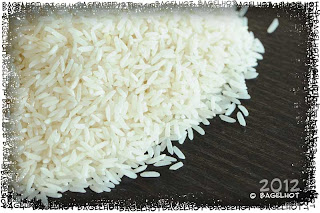 Rice (you only need one cup for this recipe) 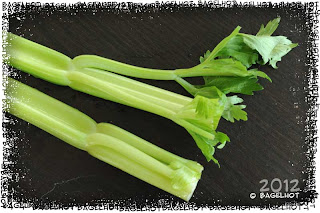 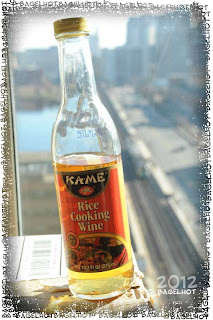 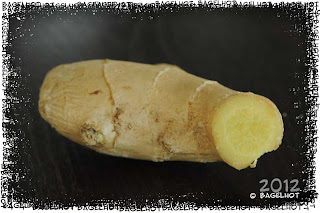 Directions
"Wait! Why not just eat the congee from the slow cooker? Why do I have to put it in the fridge and reheat wasting time and energy?"
As I mentioned before I went through a number of variations at the apartment. The reason you put the congee in the refrigerator is to let the water separate from the congee making the congee less watery. You're welcome.

You''ll note that this congee recipe has no meat. To add meat (chicken, egg, pork, beef, whatever) you can cook it separately then add to the congee when reheating (step 11).

As I get more data on congee making I'll update the recipe for version 2.0 but for now make some congee and enjoy it. Maybe even share it with the dog... 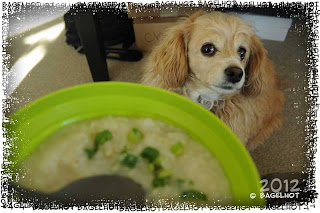 Phoebe gives me the guilty eyes as I eat the congee. 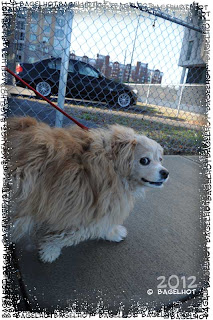 To remedy this I take her for a walk 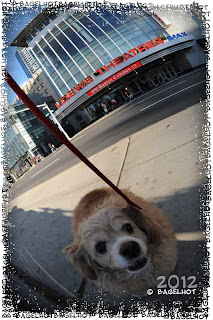 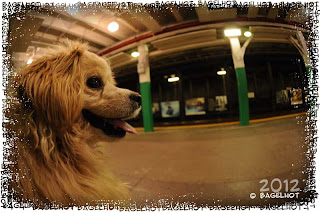 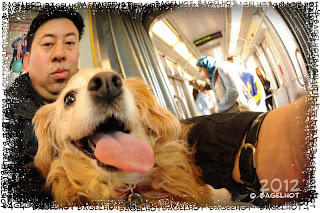 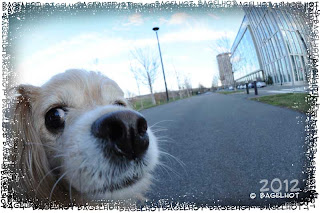