MacGyvering a studio in a hotel room 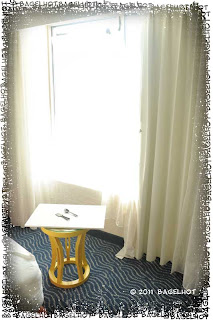 The make shift studio in my hotel room


"Procrastination" a word that my grade seven teacher, Linus Pauli, made me memorize the dictionary meaning to. Since then, and most likely before then, I've become a great fan of procrastination. For example, while doing taxes other crumby tasks were undertaken instead because they were more "fun". Cleaning the room, making the toilet bowl shiny, getting dust out of the keyboard, sorting DVDs (or laserdiscs, or comic books) into alphabetical order, heck even sorting the bills in my wallet into serial number order was more fun than taxes. 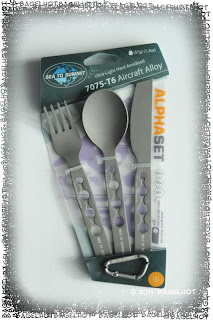 Utensils made with airplane alloy!

Today I am swamped with data entry duties. Inputting the data I have collected on set (on paper) and inputting that data into a computer database. While I can do this for hours while listening to 80sPlanet.com in my hotel room, getting started takes a larger effort.

Today I decided to create a mini studio to take photos of some new eating tools I picked up at REI. A bowl that flattens, a spork/mini spatula/knife, and a knife/fork/spoon made of 7075-T6 aircraft alloy. I love photographing things (if this is news to you then you've just started reading this blog or haven't been paying attention). 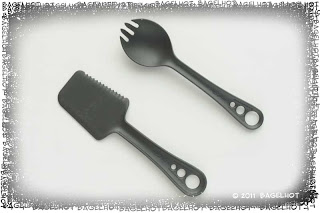 I can't remember which Joe McNally book I read this in, he explained a simple way to diffuse strong hard sunlight from entering a room is to put up a bed sheet over the window. This creates a nice softbox like light.

And so armed with some gaffers tape and a bed sheet from the bed in the room that's what I did. 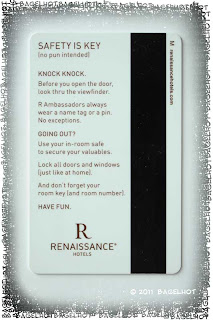 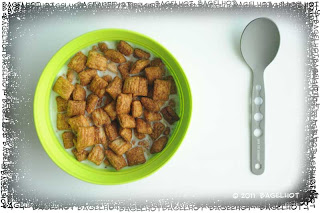 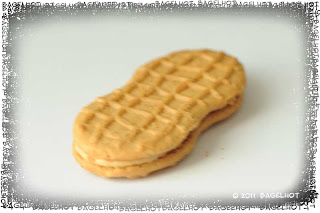 And now back to data entry...
Posted by BagelHot at 4:40 PM No comments: 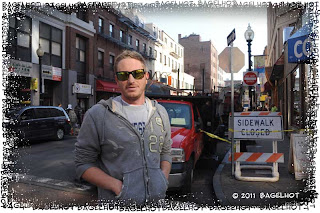 Meet up with Ben in china town.

Today, being our weekend, I met up with Ben and Patrick (and Patrick's wife) for dim sum at the China Pearl (9 Tyler street, Boston, MA). It's a restaurant close to where we were shooting the night before. Perhaps this is why we picked this restaurant because we had lunch here in the am. 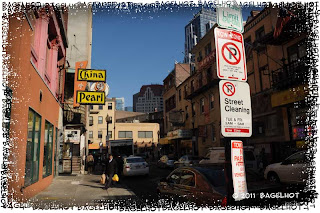 The nice thing about having dim sum on a Thursday morning is that there's no one around. Everyone, everyone normal, is at work. No line ups, or empty food carts. Once I sat down food came in like it would have if it were on a conveyor belt. 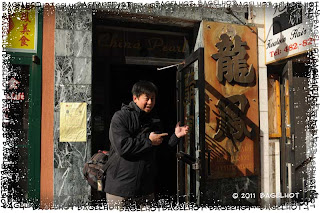 Me at the entrance of the China Pearl.

Ben and I succumbed to ordering three plates of food before Patrick and Sabrina showed up and I think only two minutes passed between the plates hitting the table and them sitting down. The women pushing the carts were relentless. dumplings, shrimp stuff, fried thing, pork goodies, baked thing, it was a blur of food. In less than 10 minutes we had a table of food. 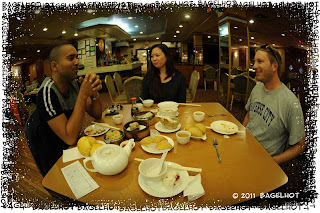 Patrick, Sabrina and Ben at a table of dim sum.

I thought the meal was pretty good. We all wobbled out of the restaurant pretty full. 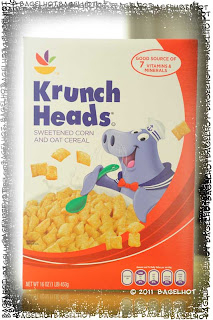 While in the US one of the past times I had was looking for different cereals that are not available in Canada. I would like to think that the population in the US is so much bigger than Canada that a large assortment of cereal is possible. In the back of my mind however I have a nagging fear it's because Health Canada (the Canadian equivalent of America's Food and Drug Administration) won't let the cereals over the border for health reasons. Hopefully not because most cereal's I've had in the US are pretty yummy (yes I'm generally eating the sugar infused ones but that's what's so great about these things).

My fascination with US cereals all started years ago when I saw ads for cookie crisp on TV. Cereal that look like mini chocolate chip cookies in a bowl. The commercials were on all the good cartoon filled stations on Saturday mornings. Unfortunately the cereals didn't appear on any shelves at any grocery stores here in Canada (at least not in Toronto), but what did I know I was a kid at the time, it might as well have been all across Canada.

During a family vacation to New York city I found a box of cookie crisp and was so excited that I ate it right out of the box. They tasted terrible. Really awful. Turns out the secret ingredient for making them taste better was adding milk. Since then I've been hooked on seeing what kinds of cereals are available for consumption, not just in the US, but any where I go.

The second unit caterer had the Post Monster cereals (Booberry, Frankenberry and Count Chocula). They used to sell these cereals in Canada but don't any more. I'm not sure why. Maybe lack of interest. Anyhow, this became my mission in Boston. Find Monster cereals, specifically Booberry.

The local grocery stores in Boston that I went to look at (Shaw's, Whole Foods, Stop and Shop) didn't have any Monster cereals. I would like to point out that there are a really limited number of grocery stores in the Boston downtown area to begin with. Most grocery stores are located outside the city. Fruit and vegetable stores? With the exception of the market they're pretty non-existent or at the very least hidden from visitors.

The cereal I did find and take note of was Krunch Heads. I bought a box to try them out. I thought the packaging was quite comical for some reason. It's like the advertising people just gave up. Having worked at an ad agency in the past I could just hear the thought process of the execs in charge, "Put a seal on the box, kids love seals!", "We can keep the naval theme from Captain Crunch by putting the seal in a sailor's outfit."

Personally I think the cereal would have been better if it was shaped like like heads, hence the name krunch "heads", but oh well. 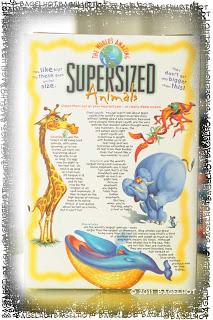 It's not just the food inside the box that interests me, it's also the packaging and design or the free prize inside. Although these days the free prize is generally kind of lame. Maybe a DVD or coupon for a free t-shirt or something. I always wanted one of those mini submarines that worked on baking soda.

The cereal up close

I have a few cereal collectibles some where. One day I'll have to take photos of them and put them on the blog.
Posted by BagelHot at 7:54 PM No comments: