As easy as One, Two, Weeeee!

Back when you were a kid there was a good chance that you had it good, "Had it good" compared to to your parents that is. To this day I remember my father telling me how easy it was for me to go to school thanks to modern miracle of public transit. In his day, so I was told... and repeatedly I might add, was that he had to walk five miles to get to school and if that wasn't bad enough it was also through hip deep mounds of snow.

The way technology works is the older you were the tougher things were because technological marvels just weren't available to make life easier. To kids now you could say how easy they have it being able to watch TV and switch channels with a remote. When I grew up I had to switch channels by walking up to the TV and turn a knob. In some cases the knob wasn't there so I'd have to use pliers or a wrench on the metal stub where the knob was. Heck, there were times that I didn't even have more than one channel to switch from.

Of course if you talked to your Dad, "TV? We had no TV, we had radio, the theatre for the mind.". It was always a worse off time for older generations. I suppose if you go back far enough there was some dad that said "Plastic bowls? We didn't have plastic, we didn't have bowls!! We had to slice a melon in half!" or "Pants Pockets? We had to wear freshly killed caribou and you were lucky to get the head where you could stash your favourite rock collection".

Every generation has it's newer technology that makes life easier for the bratty, take everything for granted, self absorbed, entitled kids. From TV remotes to the easily accessible porn on the interent to microwave ovens to VHS, laserdiscs, DVDs and Blue Ray. Remember when you missed a TV show on that Friday night how uncool you were at school the next Monday? If you missed a broadcast that was it you were done, you were the social outcast or that poor kid that didn't have a television. Your only hope, if you weren't that poor kid, was to be lucky enough to catch a rerun a few months later. "Big foot on the Six Million Dollar Man? that old episode? Yeah, I saw that."

Remember back when, unless you're too old and you had wooden toys or none at all because you led such a harsh life, you had LEGO and ran into this... 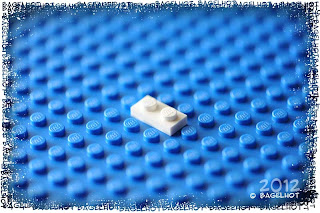 This or some other kind of Lego configuration that in order to disassemble it you had to break fingernails to separate the bricks. If you were lucky had a cousin that you could get to unattach the brick saving your finger nails while breaking theirs by saying how much more dexterous they were than you (and they fell for it).

We can now say that "Kids have it so easy today" because Lego now sells this tool... 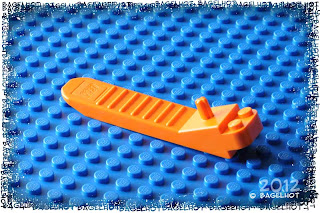 Enter the LEGO tool (I'm not sure if there's an official name; I'll call it the finger nail saver)

This is the second generation tool that allows to take apart bricks easily. 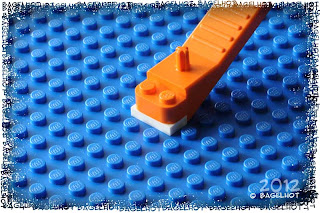 Just attach it to a brick 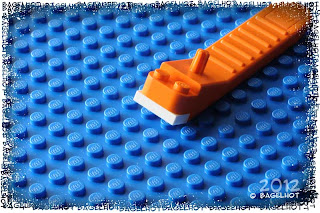 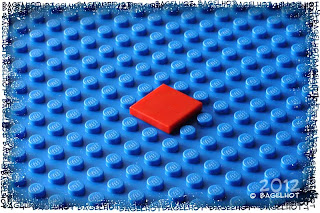 What you have a flat brick with no knobs? 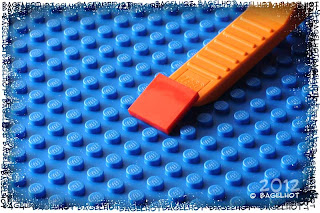 no problem! (this is a feature of the second generation tool)

Yeah, kids today have it sooo easy. In my day Lego brick building was blood, sweat and tears. Literally. If your fingers started to sweat you couldn't get a grip on the bricks. There would be a time that you did rip off or crack your fingernail that would bring you to tears. We were made of tougher stuff back then unlike the fat fingered, unimaginative kids of today.

We were tough and we were cool.
Posted by BagelHot at 8:00 PM