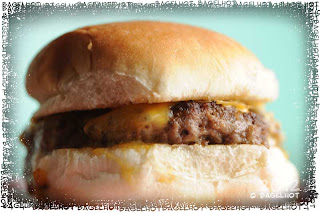 If moving wasn't making my life hectic enough, about a week and a half ago I got called in to work on a television show to prep it. The show was a lot more work than anyone there really suspected and as a result I've been working full time since.

This is not a bad thing. While normally having work doesn't bother me this is just another thing to make finding and moving apartments that much more difficult. If I am to stay on this job I only have a few weekends left to find an apartment and move. Granted, I have moved in shorter times previously, but for some reason this has been causing a lot of undue stress.

Today was my first day off in eight days. I went to Hamilton to do a food photo shoot for a friend's restaurant. "Jack and Lois", a small sit down place featuring some great sandwiches and exotic coffee. It's the first time leaving Toronto since getting back from Boston. I figured I could even visit some Hamilton friends while I was there. I needed a break.

There's something relaxing about taking photos in the midst of all this other stuff going on. Also getting fed amazing sandwiches wasn't so bad either. 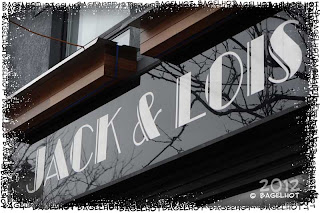 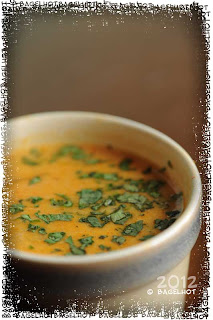 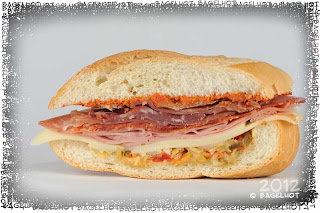 A cross section of one of the many selections of large sandwiches. 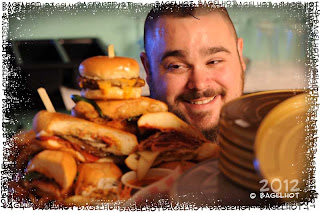 Sean the head chef and food guy at Jack and Lois 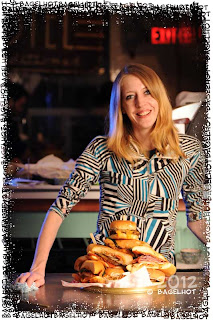 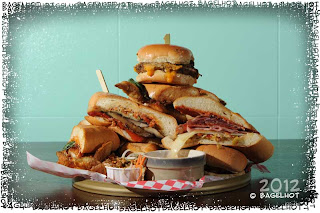