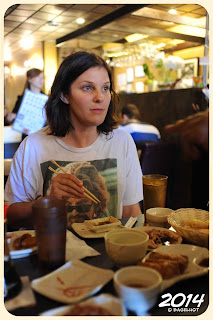 "You're YOU!!!".  This was the greeting when all the pieces of the puzzle clicked in when I met Sam.  He was Rebecca's friend and so became my friend.  As she doesn't generally hand out with weirdos or crazy people (that I know of) Sam seemed like a nice guy.

At some point during his explanation of being in Toronto and that he was from Texas a lightbulb turned on in my head.  Stories from Rebecca describing this guy and it all fell into place and I blurted out "You're YOU!!!". 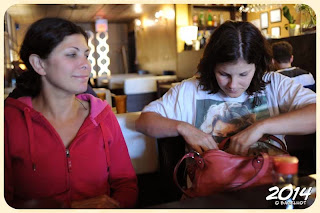 We met at the high park bootcamp and all went out for sushi afterward.  All you can eat sushi.  It's always a task trying to eat everything that we've ordered in the past.  Today was no different.  Sam said he could eat a lot but even with those skills on our side we still ordered a little too much and I ended up feeling like I needed a wheel barrow to help get me home. 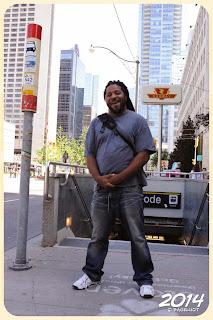 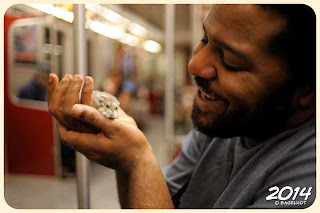 Sam and Fred on the subway
Posted by BagelHot at 1:00 PM