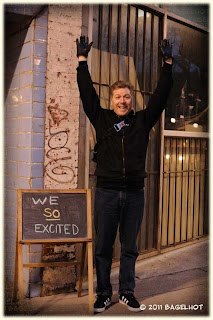 On the second friday of every month, Hamilton has an art crawl. This month's art crawl had some derby stuff to start the advertising ball rolling for the upcoming season opener in May. Affectionately known as the Mother's Day Massacre. Due to sponsors and political correctness it is now referred to as the "Season Opener".

As one of Hamilton's derby photographers I was asked for some photos, prints, of some past bouts for display. Adam Swinbourne, artist, had some poster work that he designed for Hammer City.

As we both live in Toronto we decided to take a bus in say hello and see our work. We didn't leave until 19:00 and the last bus returning to Toronto is 23:35. That gave us just over three hours to schmooze and greet all the friends we knew. Not enough time. 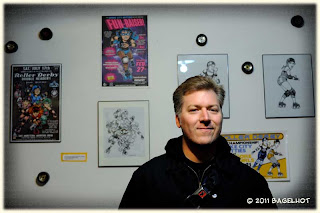 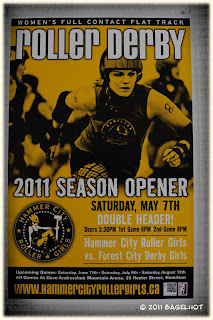 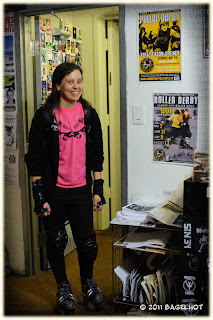 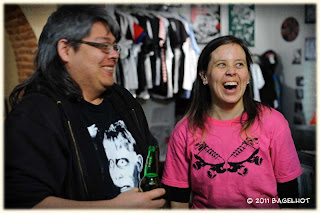