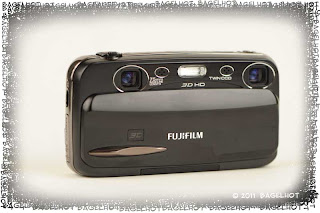 Mix a few weeks of work with a small surplus of cash and a long weekend with nothing to do. Add to that a random sale on a specific camera and you've got one impulse buy for the month of May. I was showing the Fuji W1 to some people in the Art Department at my current work and a few days later (while supposedly drunk) one of the guys went online and bought the Fuji W3 at Henry's for $400.00. $100 off the regular price! 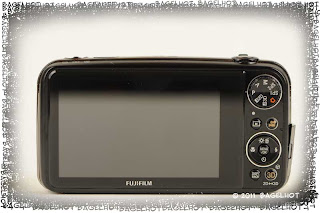 The Fuji W3 back

Today while stumbling around downtown looking for a few replacement trays for the food dehydrator (as I melted two of them while burning my finger and I still don't quite know how this happened) I went into Henry's to see if the camera was on sale in the store (and not just the internet).

One thing led to another and "Viola", an upgrade from the W1 was made. 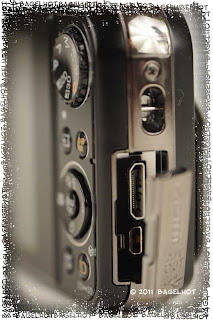 The built in HDMI 1.4 port will allow you to attach the camera right into a 3D TV!

The first thing one notices, other than the lower price, is that the power cable that came with the W1 is replaced by the battery charger for the W3. The W3 does not have a visible power outlet. Instead the power adapter is sold separately and fits into the battery chamber instead of the battery. This means you cannot charge the battery in the camera like the W1. Instead of a power output on the side of the camera there is an HDMI output (version 1.4 compatible with HDTVs with 3D capability).

The USB plug on the W3 is in roughly the same spot as the W1. Controls for the camera have been moved over to the right side. I suppose this makes for easier handling. One thing that they removed is the buttons that light up. Which in the end, while it might have looked cool, really didn't help the camera shoot (or focus) in a dark setting. Sure you could find the controls but the camera was pretty much useless without some external light to light up the subject so the camera could see it. 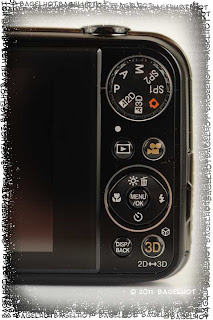 Since the W1, controls have been moved to one side of the camera for easier operation. 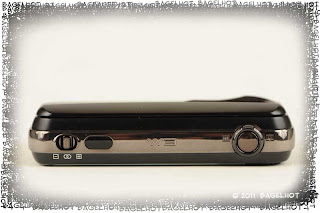 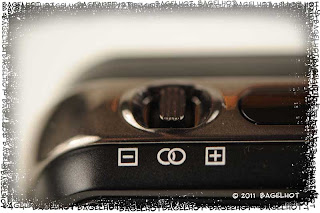 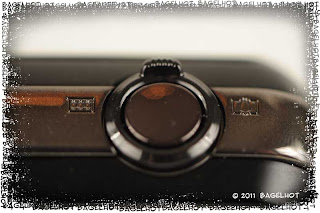 The zoom and shutter button 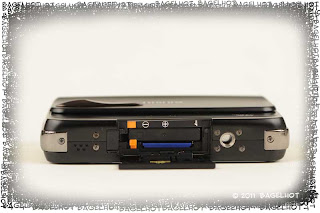 The Fuji W3 bottom showing the camera mount and the battery and SD card slots. 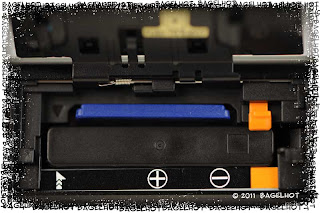 Close up of the battery and SD card slots 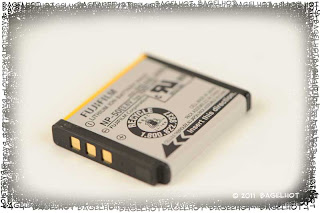 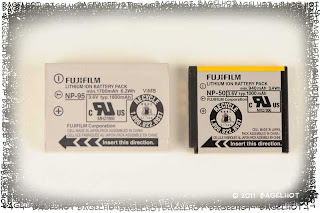 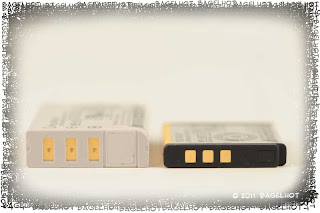 you can see the that the NP-50 is thinner too

Overall I like that the camera can shoot HD video. I find that the photos taken at higher ISOs are really grainy compared to my Nikon SLRs but it does fit into my pocket. Also shooting action photos really isn't this camera's strong suit. It takes a long time to focus on objects (even if they are well lit). So unless you're focusing in advance, I wouldn't recommend this camera for fast moving things.