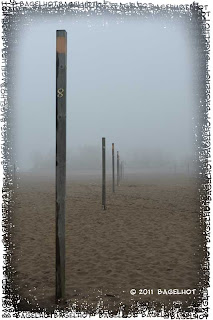 Ended up walking down to the beach today. It was rainy and it's been a while since I've been down there since moving to the other side of the city. Not surprisingly there was no one around. Torontoians are odd that way in that a bit of rain scares them off. Being a saturday they couldn't even use the excuse that they were at work. 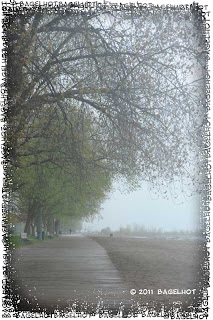 While walking toward the life guard station, in the distance I saw a figure moving rocks around. On of my friends, Himy, would make mazes or patterns out of rocks on the beach for the public's enjoyment. As I got closer the figure turned out to be Himy. What were the odds? 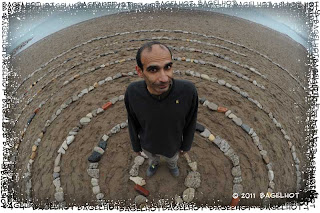 While talking to Himy I found that he was still head deep into Toronto politics. He even ran for office. He'd do a better job than Rob Ford just because he lives in Toronto and sees what the people of Toronto see. Hopefully our new mayor doesn't screw up the city too much by making short sighted budget cuts.
Posted by BagelHot at 3:30 PM