Captain Hill versus the outdoors 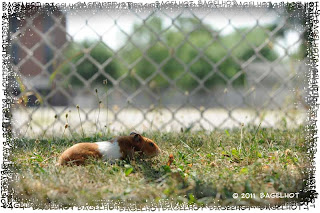 There's a heat wave this week. Today isn't supposed to be that bad (28°C / 82°F). Over the course of the next few days the temperature is supposed to steadily climb reaching it's peak on thursday where the mercury will hit 37°C or 99°F on the thermometer. I'm sure there are people that live closer to the equator thinking I'm a wimp. To them I say "Yes, I am!". I like cooler temperatures in general.

Anyhow, I managed to stay indoors for most of today by going through photos from my trip to Kitchener and photos from RollerCon 2008. I want to post a few before the week is over. It's nice to have an air conditioned environment and live in a basement in times like these.

While the computers crunched through the photo data I kept up the productivity levels by cleaning Captain Hill's space pod. This woke up the Captain from her nap and she climbed out of the sleep pod, which was no longer attached to the main pods, and started to crawl around the desk. It was at this point that I decided that she needed fresh air and proceeded to take her outside for an impromptu photo shoot on the grass across the street. 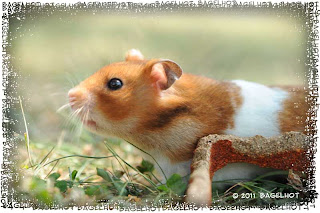 Captain Hill explores the grass across the street
Posted by BagelHot at 4:28 PM