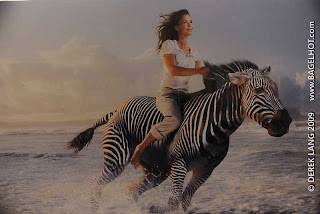 While this photo isn't scary (it's part of an ad for some Lottery), it is poorly photo manipulated.

The fact that someone got paid for producing this (at least I hope they got paid for it) while other people that are really good are out of a job... that could be considered scary? Okay it's a stretch. It was something that caught my eye while waiting for the subway.

It's Halloween today here in North America. It's a time when kids wander the streets wearing various costumes ranging from ghosts to superheroes to inanimate objects and everything in between and ask for candy. Houses have tombstones, crime scene caution tape, skeletons, ghosts, witches, black cats on their door. Pumpkins with carved face (aka jack-o-lanterns) glow with candles, flashlights, or LED bike lights inside. Haunted, spooky, scary stuff. 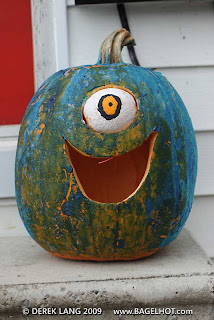 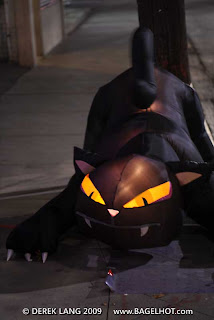 I went to cook a frozen pizza (Dr. Oetker Pizza Generosa) and moved some stuff off the stove top oven in the process. Doing so I discovered the following... 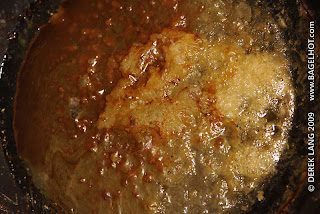 What the heck is this? That's pretty scary.

Some soapy water I had left in the wok which I let sit in order to make scrubbing the previous meal easier. I forgot about it, obviously. Left for Montreal and came back days later to find this primordial ooze that looked gross and smelled worse. It had the reminiscence of smelling like vomit. Until now I never knew you could recreate that stuff outside your body.