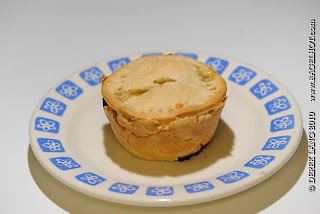 The freshly made chicken pot pie ready to be eaten

For the last month I've had a seed planted in my head to make chicken pot pie. I've been looking around for recipes and in the end found one on epicurious.com that looked good. It had a three fork rating (out of four). Every dish I've picked to make off this site has given great results. Maybe it's just my luck with food.

Once the recipe was found the next step was to make sure I had the proper tools. By that I mean bakeware. Most chicken pot pie recipes that I found were of the single pie feed your whole family variety. I didn't want to make one big pie, I wanted to make individual sized pies en mass. This meant finding something to bake a bunch of pies in.

Whatever number of years ago when I used to go to the store to get frozen chicken or turkey pot pies as comfort food they were sized for one person. Sure you might eat more than one in a single meal but they were small pies. I couldn't and still can't imagine having a single big pie. It just seems wrong.

That said, eating chicken or turkey pot pies in pubs, I've noticed an ugly trend. The "pies" being served now tend to come out in a casserole dish. Instead of being surrounded by pie crust, it's got a single layer of pastry on the top and only on the top. Lame. Oh, so lame.

Today I was determined to make these individual pies.

The hard part was finding cookware that allowed you to make a bunch of pies together in one batch. Cupcake/muffin trays were too small. Small cake pans or Pyrex, Corningware dishes would work but you'd only have one pie at a time. You could buy multiple dishes but that just seemed nightmarish. Having a bunch of small dishes in the oven seemed less convenient and maybe even unsafe. Maybe one would knock over a pie while putting in another pie. Those oven rack wires aren't that close together after all. Goo all over, a cleaning nightmare, a pie lost. A pie lost (I'm repeating this for emphasis). Say 'No' to individual pie containers.

Doing some shopping for other things I stumbled across the texas muffin trays of the Baker's Secret line at Canadian Tire (They're more than just tires after all). The trays were the perfect size.

what follows is the recipe with my modifications... 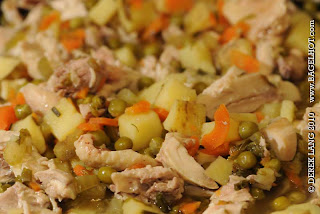 It's the recipe on Epicurious.com the only additions I made was that I used 1 table spoon of starch in the broth to thicken it and added 1 cup of finely shredded carrots (mainly because there's an abundance of carrots in the refrigerator). 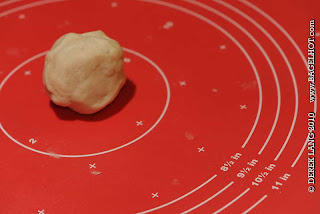 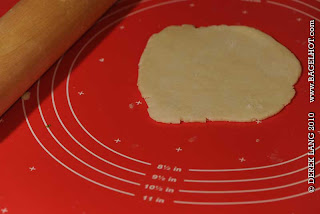 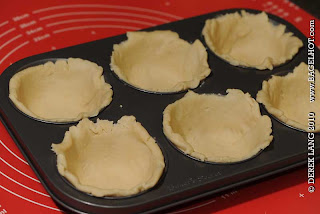 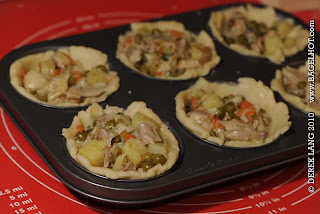 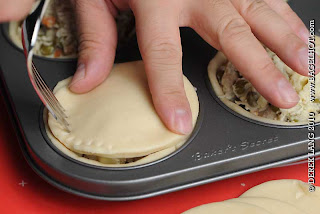 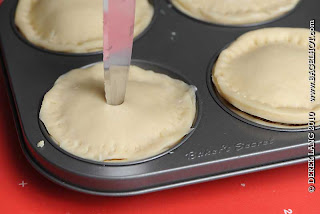 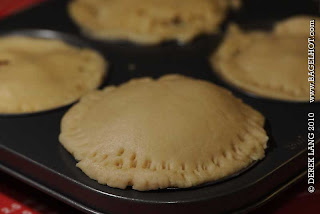 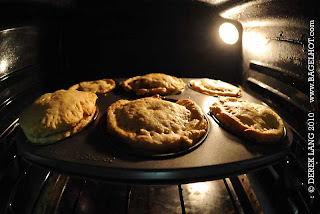 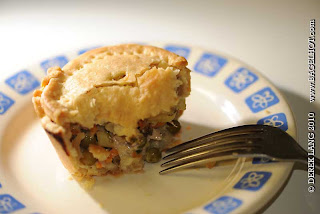 yummy chicken pot pie!
Posted by BagelHot at 1:25 AM