My Wobbly Brain, My Ill Stomach and Destroyer

Sometime in the night maybe two hours or so after falling asleep I woke up to run to the bathroom where I would revisit those two filet-o-fish sandwiches I ate on the way home. They were completely digested but I suppose my body didn't like them mixed with the alcoholic booze and needed to reject them as quickly as possible despite what my brain wanted to do.

In my haste while attempting to find the light switch, the light switch that's been in the same place since moving in over six months ago, I missed the centre of the toilet bowl. At that point it wasn't like I had any control of what my stomach was going to do. Five seconds more and I would have made it.

Luckily the majority made it in leaving the rest dripping off the far side of the bowl onto the floor corner for easy clean up.

Still feeling hungry I scooped out three spheres of ice cream (mint chocolate), inhaled them, then fell back asleep.

19:14 while on my way to the Rock pile it started raining. I am liking this weather after being in the desert for a week.

20:39 listening to the opening band. Not sure who they are only that they're from Toronto. Name got garbled when they announced it. Sounded like 'Burning Danny'

There seems to be a birthday party going on over to the left side of the stage.

'Burning Kennedys'. They mentioned their name for a third time. I'll go check a roster layer on tonight to see if I was right.

21:16 Broomfillers. The band I was strong armed to see. They sounded okay. At least the instruments did. The lead vocals levels were pretty low so I couldn't really tell what was being sung. The band members did a lot of moving around on the stage, the lead singer (and also the guy from work) jumped off the stage into the darkness of the under lit bar. I hope he didn't want pictures of that because I couldn't see him let alone focus the camera on him.

22:30 One night stand did a cover billy idol's 'rebel yell'. The lead did a great job with the vocals. The band sounded great. From a photographer's point of view they didn't do much other than stand behind their mics. 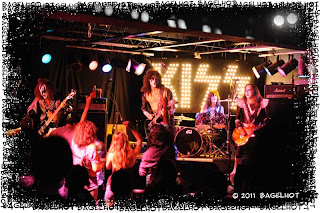 This alone was worth the $10 admission. Up until this point I didn't really have much hope the night would be that interesting. 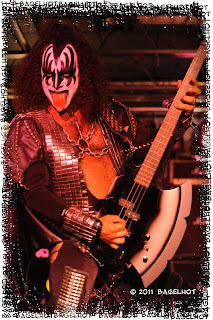 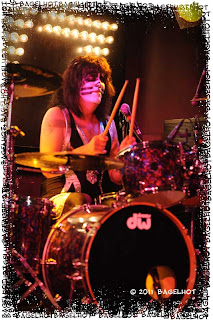 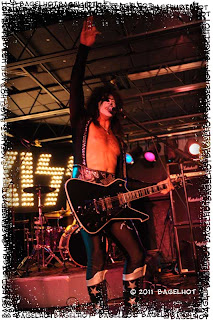 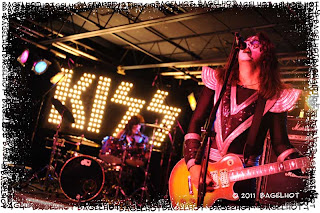 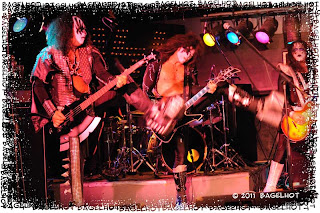 Total cost of going out to photograph Broomfillers