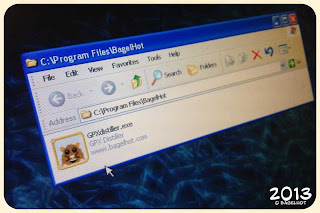 As of this day Friday January 18, 2013 at 23:41, I have completed coding my first Windows application using C sharp. For me this is pretty monumental as the last time I coded anything significant, to me at least, was way back around 1997.

It was around the time I made the transition from working on CDroms and kiosk installations to going into visual effects. The companies I worked for didn't need a programmer as much as a compositor and so slowly my coding skills faded away. I didn't miss programming back then. In fact around that time I was beginning to get tired of having worked on projects that constantly needed software upgrades, it became monotonous. Going into visual effects was great because once you were done and the show aired, you were done.  You never had to upgrade the visual effects.  With coding upgrading software was consistent with the release of new operating system versions and new platforms. In visual effects the work you did was done and it would last for as long as the show aired.  Most of my coding projects won't even run on today's platforms.  So visual effects was great. At least that was the case until George Lucas released the upgraded versions of Star Wars 4, 5, and 6.  Then all of the sudden visual effects shots could be upgraded and re-released.

Part of the need to program something is have something that needs programming. I guess the last few years nothing really seemed to pop up. Then about two years ago I picked up my first GPS data collecting device and along with that came the need, for me at least, to have a program that could work with the data.  Yes, they were and are other programs that do this but not specific enough for what I wanted to do.  The computer programming itch came back.

The program was put on the back burner over the last few years until around Christmas time of 2012. It was at that time that I found that I had no work and as a result a lot of free time. What better way to occupy oneself than to learn a programming language and start hacking away at the little project.
So today I finally finished the thing. I would have completed the project earlier based on the original ideas but as anything the project evolved. New functionality was introduced and better coding replaced older code. Also better error handling. The actual functionality of the program was easy in comparison to dealing with human input. There was a point where entering non-numeric characters would crash the program entirely and while the program was specifically being written for me I figured it should be bulletproof anyway.

With the release of version one I already have ideas for the next revision. I also have ideas for other programs.  For now it's kind of cool to be able to wear the programmer's hat again.
Posted by BagelHot at 4:07 PM