When Dreams are Crushed 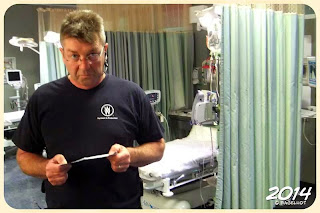 "What's wrong with you?"

According to my friends that have known me for a while this day was a long time coming. It's the day the car went over the cliff and crashed in a flaming fireball followed by an explosion that would be equivalent of a meteor causing the mass extinction on earth. Of course this is an analogy of my dating or rather attempt at dating this girl. For the most part with the exception of the last two girls I almost married. Whenever I show interest in a girl my friends compare my actions to me driving in a car heading toward a cliff. While I've tried to avoid this behavior by doing what I think is different, I inevitably find myself getting the same results. The crash and burn.

Much like most accidents it leaves the victim feeling less than they were before. We're supposed to learn from these things are we not? I really don't get what I've been missing. For me I thought I had changed my approach and yet here I am again, the bottom of an abyss that is becoming all too familiar.

Okay, so here it is. About a year, maybe a year and a half after meeting someone (we'll call her "the girl"), interacting with them and developing feelings for them, they get into a relationship with someone else, I wait it out, the relationship ends, I attempt to connect with them, then find out they're about to start to dating someone else.

I thought my intentions were clear about how I felt but for some reason it hasn't seeped into the girl's head. So I resort to pulling out the hammer to knock it into their head. This is the only option I figure I have left. I play the REVEAL card, confessing everything. A) that I'm in love with them, B) I would like to date them.

The response is they can't return those feelings to you.

It is at this point that I realize they never had any feelings for me let alone be a blip on their radar. It is at this moment that my friends shrug with the "I told you so" look.

The thing I have to tell myself is that this is life. You don't always get what you want. No matter how much you want it or how much work you put into it. Despite what Jimmy Cliff says "You can get it if you really want, all you've got to do is try, try, TRY", as far as I'm concerned it's a scam.

The trick, I suppose, is to figure out sooner than later that you're not going to achieve your goal. Then you can minimize the investment made and consequently the damage done to you. You can get the heck out, and start planning new goals and dreams keeping in mind the obstacles you came across on this last venture and try to adjust your course of action for the next one.

This is all logical and makes sense and if I were a robot this set back would not affect me. But I'm not a robot I'm a stupid human. My dream of spending time with this girl has been crushed. I feel sad. Overwhelmed even.

At work today there was a noticeable shift in my appearance. Not that I noticed this so much as the other workers. According to them I became quieter, drained of energy, less happy and unknown to them when no one was looking I'd be tearing up uncontrollably in some dark corner of the set. I really liked this girl.