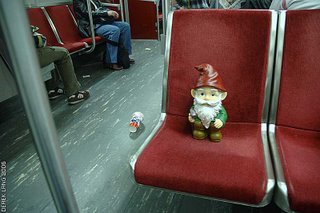 The Gnome takes a trip using the TTC

I was thinking about the movie Amelie, a great French film about a girl that gets into mischief trying to help other people. Without giving away the plot for those that haven't seen it, it was from watching the movie and because I was at Canadian Tire getting garden supplies anyway that I picked up this Gnome for $10.00 and went around town photographing it.

It was fun seeing the reactions of people as I pulled the little gnome out of the plastic canadian tire bag to pose it next to various things. If anything, the gnome is a good conversational piece. I have not officially named the Gnome but some suggestion was to call it Gigi. (G.G. = garden gnome). 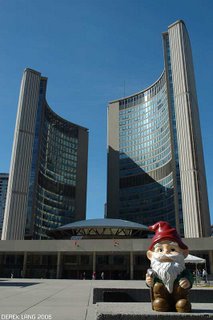 The Gnome in front of the new city hall 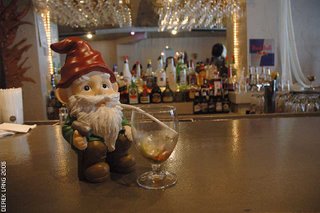 "Hey. Someone get me another drink! Watching over gardens is thirsty work." 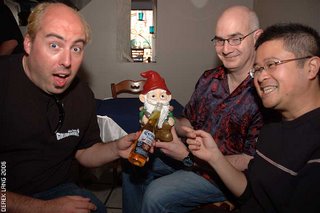 Hartley, The Gnome, Kevin and Emmanuel 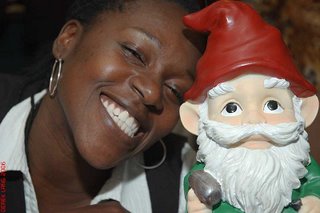 Nana and the Gnome (sounds like a kid's book title)

Love your gnome photos BagelHot. Don't know if you know, but I've been a Gnome Freedom supporter for almost 10 years. Surprised? You've recently shown interest in gardening, so over the years, discussion about the freedom of garden gnomes have never come up. But all that has changed in future conversations with you.'

I've just started a blog about my farting gnome called Gary!
Please feel free to leave Gary a question in the comments

It might help if you add the link to your farting Gnome.

Are you working for travelocity?

rlove the Gnome...can't wait to see his next adventure