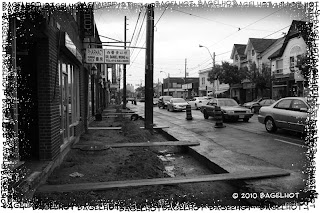 Dundas street ripped up for renovations

I got an email from the now seemingly elusive Darryl. It was a invite to meet up with Roman of MC2 at Roman's apartment to watch the air show. It's been at least 15 years if not more than I've seen Roman. Gads, has it been that long since working on speaker support. Seems like a lifetime ago now. 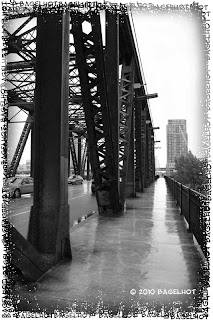 Way way back when, before photography, before working in visual effects, back when I was a programmer (that is a while ago) and the world wide web was still in it's infancy, I used to code speaker support type projects in the infuriating Macromind Director. It would be later that Microsoft's power point would come out and destroy any quality speaker support work because "anyone could do it".

Among the list of employers I used to freelance for, a large number of them if not all of them no longer exist, was a hip artie company called MC2 made up of Roman Milo and Richard Cortez (see where the M and C come from?). They were great to work for and I have many fond memories talking to another employee (Ron, who went off to work at Pacific Data Images) about the best pizza places you could go to in Toronto and what the best crust was. It's thin crispy crust by the way. 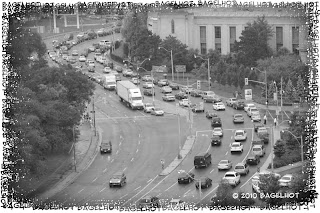 view from the apartment looking down at the traffic near the CNE.

Roman's apartment is one of the new condos located down near the lake. The view was pretty good but the planes were pretty tiny. I ended up shooting a lot using the 70-200mm lens with a 2x doubler. 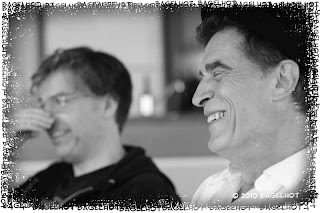 The meeting was actually a clever way to get a bunch of people together to form a co-op company. While the planes were buzzing around in the air Darryl, Roman, me and two girls (I can't remember their names) tossed around some preliminary ideas. Very preliminary. I mean we all want to work (for money) but didn't have any real direction to get us there. 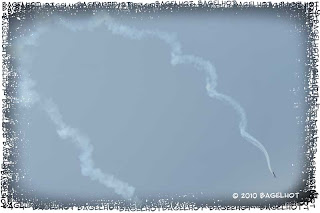 Overall the meeting was still fun and interesting. We'll have to wait a few days, weeks, to see if anything comes to fruition. 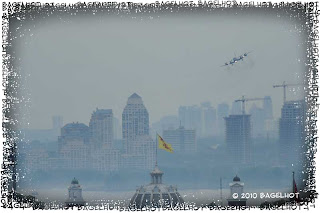 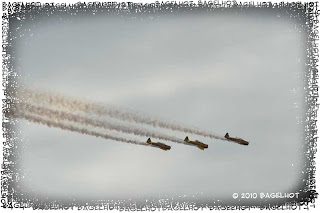 Old US navy planes in formation 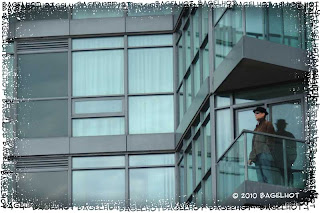 Roman on the balcony 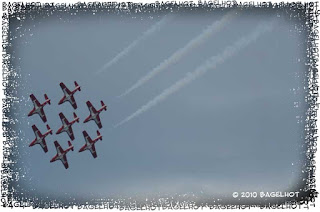