Las Vegas and the bum tooth

Woke up today with surprisingly no pain. My tooth seemed okay. I met up with some of the Hammer City girls to eat breakfast at the Excalibur buffet. We got into the actual eating area around 11:45 just in time for the lunch type food. I dove into the pot roast and pork in hunter sauce and some other meats. It was a pretty heavy breakfast and when done I had to go back to the hotel to sleep.

I woke up at around 4pm and found myself wandering around New York New York with some of the ToRD girls. My tooth started to ache. The pain came in waves. I found the other night that cold water stopped the pain so I brought a cup of ice water with me and refilled it along the way. Eventually the pain became overwhelming, blackness started creeping in around my vision, I left the girls before dropping in front of them and made my way back to the hotel room to lie down.

At around 8pm, I was feeling a bit better. I poured some water into the football container I had along with ice cubes from the hallway ice cube maker. As long as I drank the cold water the tooth didn't hurt. I suspect it was keeping down swelling or something. The football allowed me to join Supersonik! and Marcus T. Carcass to venture off to Freemont street.

At one point we had the car windows down with "We speak no Americano" playing off the radio. The Fremont ceiling show featured KISS covering songs like "Lick it up", "Rock and Roll all night", there were also performers singing (and dancing to) the Hustle, September, and various songs from Saturday Night Fever. It was part of the Summer of the 70s Fremont Experience.

You're probably wondering where the photos are of all this. I must have forgot to copy the photos and worse formatted the memory card. D'oh! But I did manage to backup these... 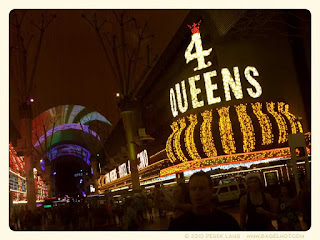 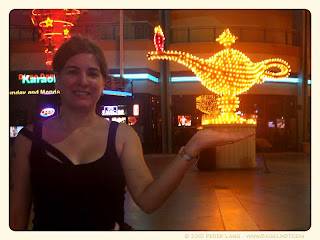 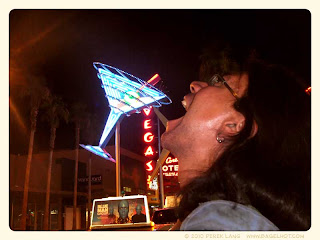 Marcus and the Martini 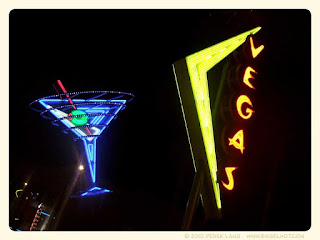 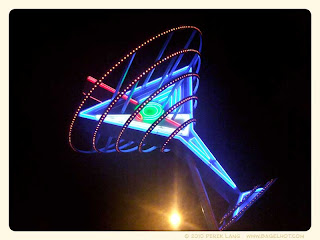 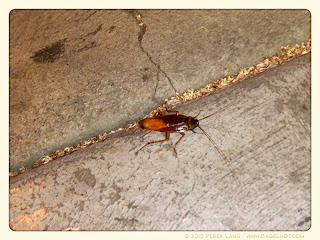 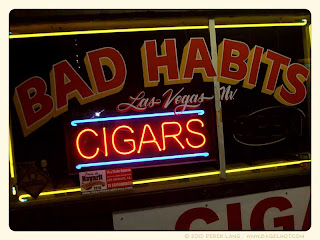