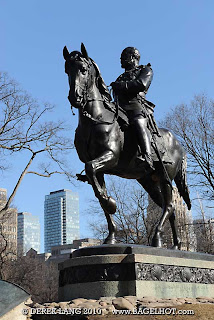 King George, a statue in the park north of Queen's park.

Not much happening today, or so I thought. I decided to walk around downtown. Unbeknown to me my cell phone was racking up calls. My ringer is terrible and I can't hear my phone most of the time. It's even worse when I'm outside. 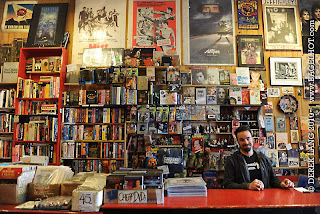 I was walking around contemplating work and what work I could get. How to get enough money together to pay rent, bills, etc. Did I have another change jar hidden some where? Down to three weeks before the end of the month. It didn't seem like I was making any progress in the last three weeks.

I got home to find I had three job offers. None of them were from phone calls I had made. They were all from out of the blue. Feast or famine. This was definitely a feast situation. Work on a movie, doing photography of Fashion week, photography of some music gig. I was all pretty good timing. Did I mention I still had three weeks? 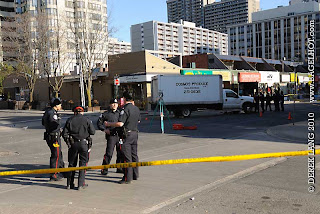 Meanwhile, on Yonge street, a whole section was blocked off by police tape. To walk south you had to go down another street or alley. I wasn't sure what was going on. I heard rumours that a truck had hit a lady. There was a truck but it seemed like something bigger to warrant the large police presence. Maybe it was just to block off one of the busiest Toronto streets? I never heard anything on the news. 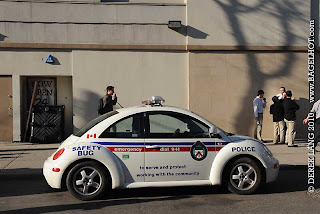 I find this police car funny for some reason. 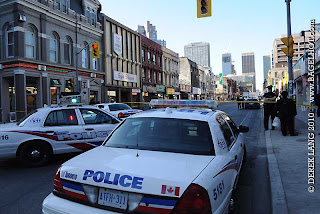 A whole section of Yonge street is blocked off
Posted by BagelHot at 1:34 AM