The Search for a Gretsch 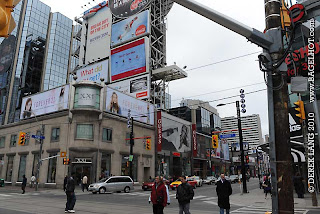 Yonge and Dundas (near the HMV superstore, Future Shop, Best Buy, and the Game shack)

Spent the day looking for a wireless guitar for rock band. Specifically the Gretsch model made during The Beatles rock band game launch. It's supposed to look like George Harrison's guitar.

A while ago, William and I saw the guitar at Toys R Us. It looked a lot better made than the equivalent Guitar Hero version. It was also a bit more money ($90 vs $60). When I see something that there's only one of I should really buy it at the time. In the long run it would have saved me this day to walking around. 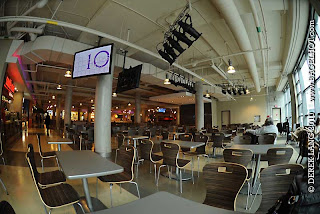 I travelled to a few places looking for the guitar. Yonge and Dundas, Yonge and Eglington, Dufferin mall. None of the video game stores had it in stock for the Wii. Actually, there were no Rock Band guitars for the Wii of any model. Guitar Hero or Band Hero yes, Rock Band no.

I never got the guitar today and ended up settling on the purchase of a used copy of the Rock Band AC/DC track pack. It was only $5. 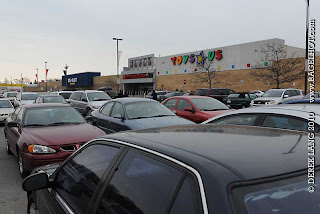 Dufferin mall Toy R Us, no guitar here either. 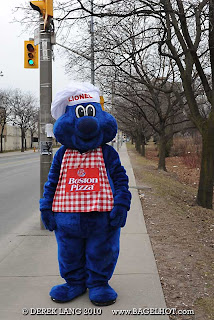 On the way home from Dufferin mall I saw a blue bear mascot for Boston Pizza. Weird.
Posted by BagelHot at 12:00 PM