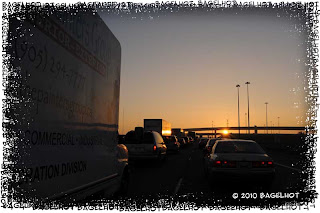 It took two and a half hours to get to Hamilton today. That's about a hour and a half longer than usual. I'm not sure why. Weather wasn't that bad. Construction? Accidents? It's all a mystery to me.

I was on my way to deliver the final picks of the wedding photos to Melanie. She already had all the photos I took but the photos on today's drive were the edited ones. Some were even color corrected a bit. It was Art crawl night and finding parking proved a bit difficult. I ended up parking next to Hammer City Records. It was the only place on James street near Melanie's studio that I could find parking. 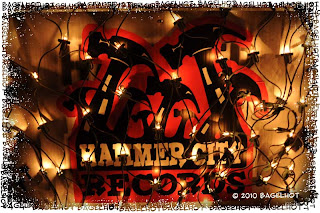 Odd how things work out. So I dropped in for 45 minutes (all the time on the meter that I had quarters for) to say hello. The record store had a large gap of a door that you could walk through to see one of the galleries that normally you could only access via the front door off the main street. 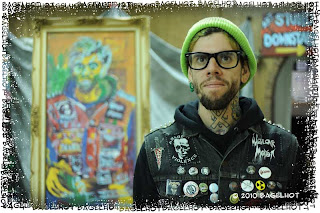 Employee of the month (complete with portrait in the BG). 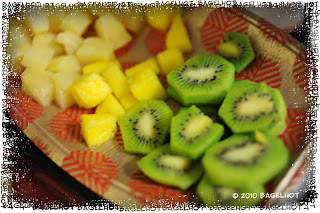 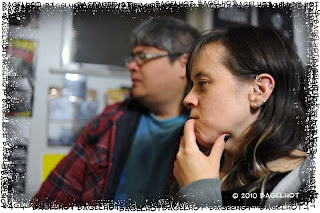 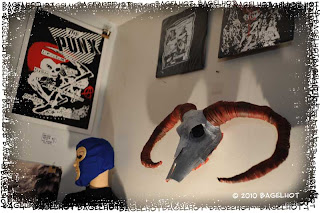 Some stuff on the walls.

After saying 'hi' (and the parking meter running out) I drove over to Melanie's. The parking wasn't as bad and I managed to find a spot in the parking lot across the street. 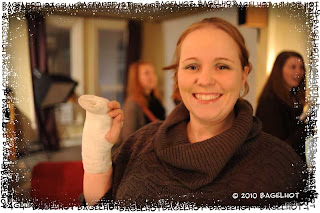 Nope it's not a sock puppet on Jackie's hand.

Originally I wanted to go through some of the photos to finish a final edit of them but ended up talking to people about some of photos I shot. I really need to get out more as I only have about 5 years of stories in me and to me they sound pretty boring (as I retell the story of the fashion cockroaches, for example, for the upteenth time). I suppose to the new audience these stories seemed mesmerizing. I blabbed on until everyone but one had left. One person and Melanie that is. 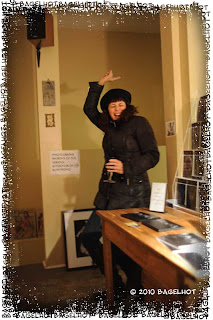 From there we ended up going to the Boathouse (Ray's place, 303 Dundurn street, Hamilton). The Philly cheese steak sandwich was really good. Crunchy bread bun, hot meat, real cheese. I was starving at the point of eating it so pretty much anything would have tasted good I suppose. Still, I'd like to go back just to make sure.
Posted by BagelHot at 7:00 PM