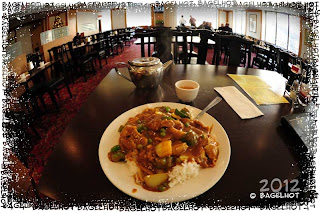 Being that the date today is the 12th of December, 2012 or as the internet refers to it as 12/12/12 I figured I should go outside and do something crazy awesome to remember this fictionally auspicious occasion.

I ended up finding myself downtown at a 20% off sale at sunrise records. They had some Christmas DVDs on sale. One of them being "It Happened on Fifth avenue". A movie I had just watched. It was jammed in a set of four being sold for $12.

"What? It's not on Blu-ray?", I found myself thinking. I have become a Blu-ray snob and I'm not even that keen on the format. I'm not a fan of the open specs where you can download new settings to your Blu-ray player. It just feels like the people that thought it up didn't put much effort into it. They made a standard and left it open ended so they could install bandage solutions later on. It bugs me like software companies that release software untested and filled with bugs only to address them in the next release, a release you the consumer has to pay for.

I bought the DVD set anyway. 20% off after all and it wasn't even noon yet. It was time to eat. I went over to Yueh Tong. It was 11:30, the place was pretty much empty. I had beat the lunch crowd.

After stuffing myself with a plate of curry chicken on rice I headed back to the apartment to nap. The day of awesomeness was over at least for the time being.