It happened on 5th avenue 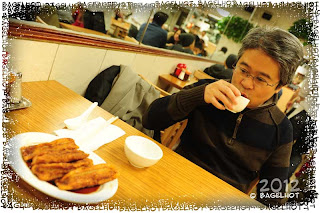 So today I went to see a viewing of "It happened on Fifth avenue" at a church on Bloor. It was a screening room on the third floor which resembled more of a living room with six or seven couches. It fact it felt like being in a living room once I sat down and was half absorbed by the lush cushions.

Churches and religious buildings in general make me uncomfortable. Perhaps this stems from going to church with my grandmother when I was a kid. "Sit still and be quiet." It might have been from getting lured into seeing movies at the Christian Fellowship during high school or maybe it was going to Sunday morning classes. Maybe it was witnessing my friend Les covert to being a Mormon to chase after a girl.

In a church I suppose I feel like someone is going to jump out from behind a curtain or spring from a wall to "change my life for the better", to "save my soul", to bible thump me into oblivion. It's like being faced with sales staff at future shop and being offered the extended warranty.

At least with future shop you know why they're offering you the warranty, it's to make more money. When someone offers you religion it could be that they want what's best for you but chances are they want to make themselves feel better for making your life better. If you look at Mormons, they actually go out on missions in pairs to convert people.

So despite the comfy couch filled environment I was in a church surrounded by church goers. I was there to see the movie. It was a Christmas story about a homeless guy squatting in a house and sharing it with others that needed a home for Christmas. It was compared to "It's a wonderful life" as no man (or woman) is poor if they have friends. It was the first time I heard of the film and in the end was glad I saw it. Being that it's near Christmas I love watching that sappy stuff.