The Rise of Los Conos 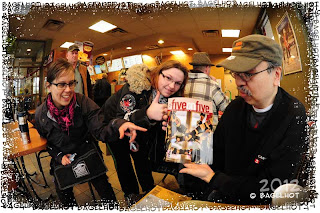 Los Conos would play their first game against London. It's a team/league that has been assembled from skaters that used to skate with the Hammer City Roller Girls and is a fun/recreational league. Carla coma, Dicey, Mean little Mama, Chainsaw Mary, Killson, Ginsane Bruiser were skating tonight along with some new faces. The opposing team was from London, also made up of familiar skaters (Suffer jet, Andi Slamburg, Anya-face, Back Alley Sally, to name a few). 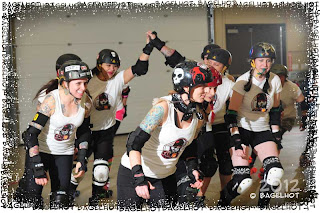 The game was played in Ancaster in a building configuration that looked like it held a farmer's market. While Los Conos hasa been around for some time, this is the first game I've been to with them playing. They hosted the Ontario Skills competition a few weeks ago. 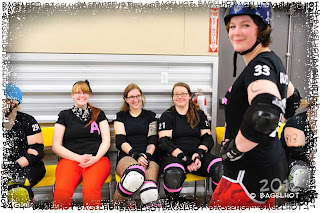 The London girls are up to something, they look suspicious. 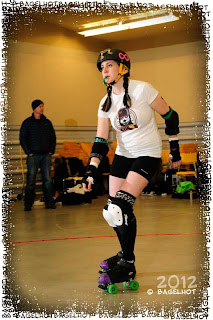 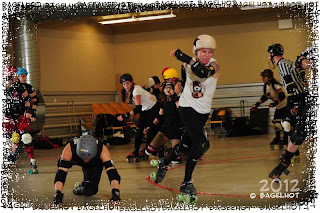 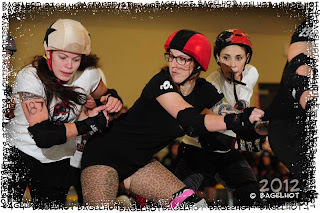 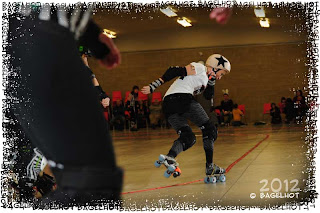 The return of Carla Coma 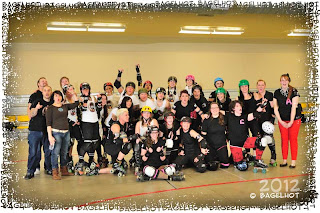 As with any derby outing I missed the after party/eating.  This is the social part for me as I can't really talk to anyone during the actual skating.  As usual the time here spent talking is always too short. 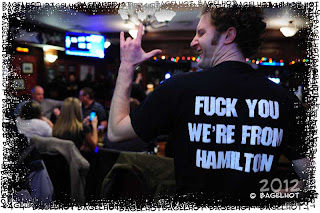 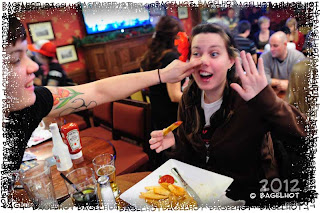