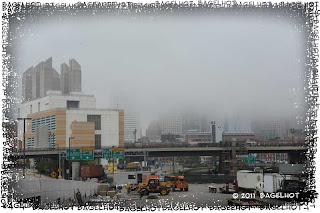 I woke up to find that it was foggy out this morning. Having gone to sleep early yesterday I woke up early and was hungry (what else is new?). I decided to walk to the South Boston Chinese food restaurant. It was the only food place I could think of that was inexpensive and I needed to get outside. 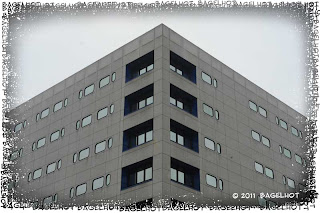 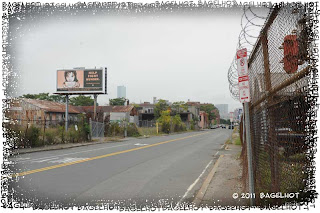 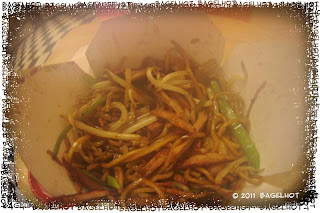 an order of Shanghi Noodles 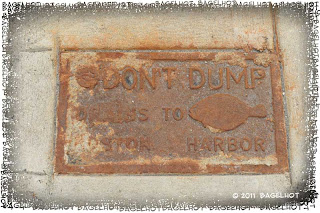 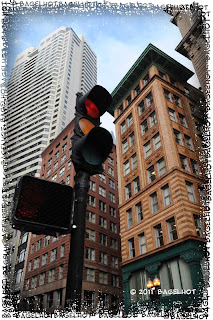 Woke up today with a headache. Nothing too crazy just one of those migraines that seem to get in the way of whatever it is you're doing. Instead of going back to sleep I wondered outside. It was my day off after all, being a thursday, and I didn't want to waste it in bed.

I ended up in the Chinatown area of Boston where I bought two pork buns and a grease ball like pastry. The buns were small but filled with stuff, unlike the ones you buy in Toronto that are mostly dough these days.

Eventually I made it back to the hotel were I succumbed to the headache and fell asleep for the rest of the afternoon.  What follows are photos of random things I saw en route and around town.

Note: The GPS coordinates for downtown while walking within the tall buildings seem to be off. I'll have to look into this. Heading toward South Boston, the coordinates are correct. 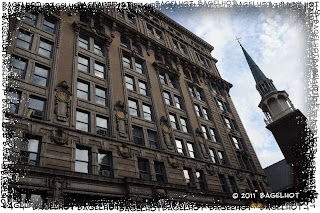 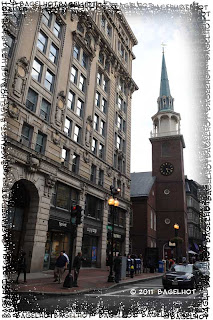 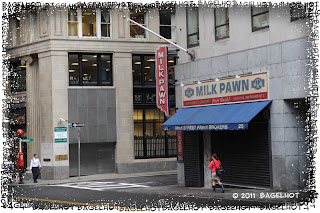 This was an odd store front. You don't see old signs like this much these days. 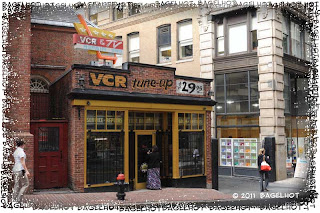 Here's another one. Who even has a VCR in these modern times? 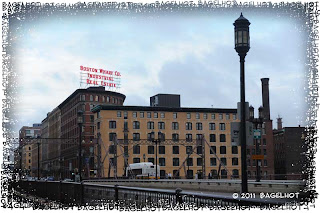 One of the bridges heading back to south Boston and our hotel. 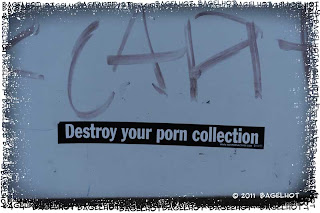 A random sticker I saw. 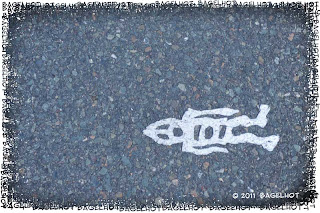 I have seen this symbol in other cities but I can't remember where or when. I decided to take a photo of this and maybe look up it's meaning later on. If anyone else knows feel free to share. 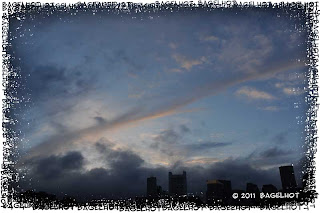 Looking up at the sky I'm reminded of the really amazing sunsets in this city. Quite different from the gray skies of Toronto. Maybe it has something to do with being so close to the ocean?
Posted by BagelHot at 9:30 AM No comments: