About three months or so ago I received an email from Steve saying that I should email a resume in for some on set movie work (visual effects). It would be taking place in the United States and it was a long shot. Having nothing to loose I responded by sending my resume... and into the black hole it went. I forgot about it being busy with work and all.

About two weeks ago I got a call from Jesper asking if I was still interested in working between September and January. I said "sure" as I was wondering what I was going to work on now that the Against the Wall series was coming to an end.

It's official, I'm going to Boston to work on a movie.  Woo hoo!
Posted by BagelHot at 11:00 AM No comments: 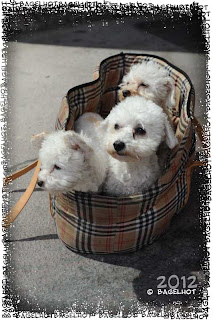 This is something you don't see every day.  A bag of puppies.  While walking around downtown I saw this lady with a bag of dogs configuring something in her purse.  She put the bag of dogs down to free up her hands.  She was looking for someone to co-own the dogs with her. 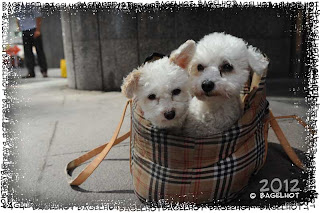 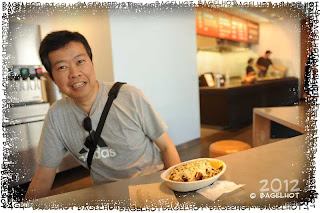 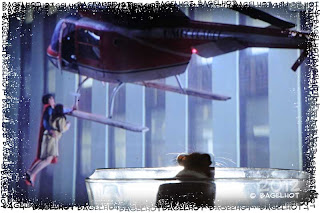 Captain Hill and I watch movies

Watched Superman the movie while the hamster sat in front of me eating.  At one point she sat up and looked like she was watching the movie as well.  I think she was just looking for more food.
Posted by BagelHot at 11:00 PM No comments: