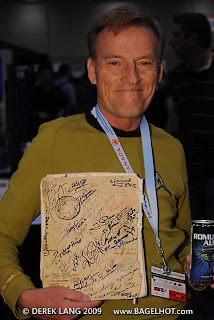 What's a fan expo blog entry without writing about the fans?

Day two of the Fan Expo introduced me to Brian Pitt. Fan of the original Star Trek series, he had in his hands a copy of the script the "Menagerie". For you non-Trekker folk this is the rewrite of the first story of the original series ("the Cage"), the episode before the introduction of William Shatner.

Jeffery Hunter played Christopher Pike in "The Cage" the original Star Trek pilot. Deemed too cerebral by NBC rewrites and recasting were made. The pilot got shelved. Later on it resurfaced as the "Menagerie", rewritten with added stuff to include the current cast (at the time) and the only two part episode in the entire run of the original series.

Over the years Brian had collected the various signatures of the cast and crew members from the show. It was probably the most impressive fan collectible I saw over the entire weekend.

While the main focus of any convention (I don't care what people tell you) is to sell stuff, another aspect is to gather fans together to appreciate them. The appreciated fans then spend more money generally but they do get satisfaction out of being appreciated.

Anchor Bay's showcased "Laid to Rest" talent was just that. Incredible talent, really nice down to earth people, great with the fans. In a word "Awesome". 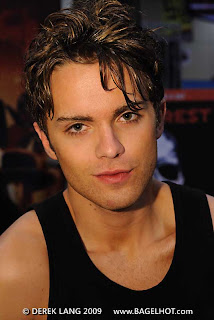 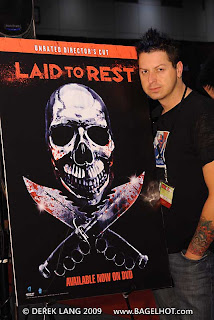 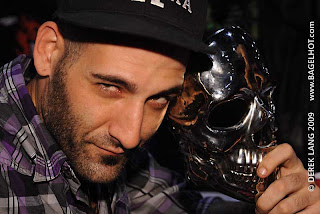 In another part of the expo there was an actor with a fart machine. Laughing ensued. If you guessed it was Leslie Nielsen you'd be correct. While he might be best known for his performances in Airplane and he Police Squad show and movies (the Naked Gun) he was also in more serious roles acting in TV shows like the Fugitive.

Today, he and other cast members were on a panel to promote the movie Stan Helsing. 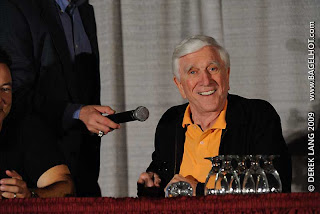 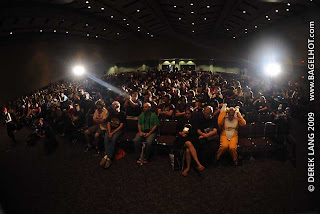 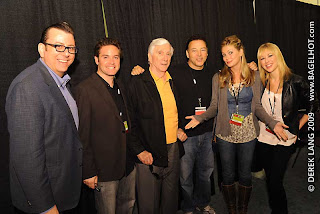 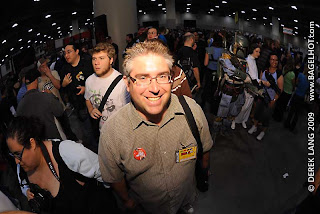 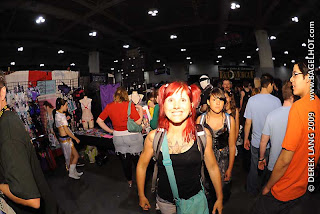 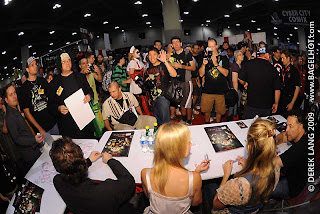 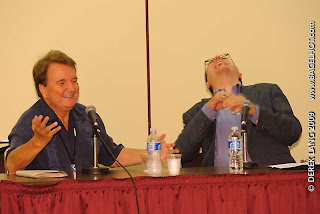 Dave Thomas tells a story that cracks us and the interviewer Richard Crouse up. 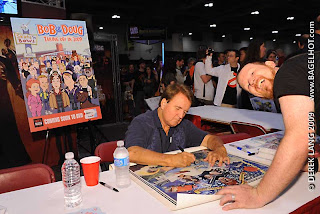 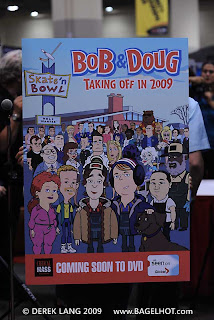 Poster for the Doug and Bob Cartoon 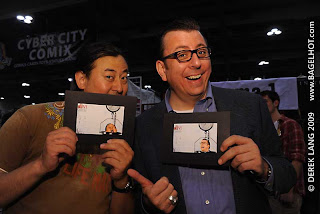 Head shots! Richard and I get free photos from one of the booths promoting Saw VI 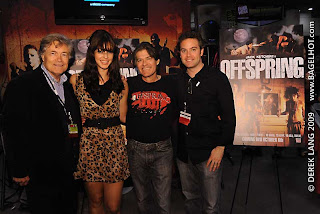 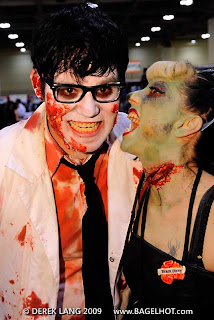 Some zombies
Posted by BagelHot at 10:00 AM