HCRG vs SKIDS after party 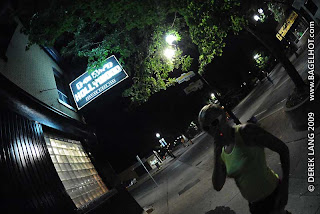 The after party. Generally after every derby game there's an after party. A close by restaurant, bar, sports bar, multiple bars that are gotten to via shuttle bus, old theatre, there's a whole world of possibilities. The after party might even take place in the same venue. Move the derby rink, throw down a few chairs and tables, Viola!

The after party allows the teams (and sometimes fans) to interact and get to know each other, drink, and party their faces off. This is something that really makes derby the sport that it is. It shouldn't be taken lightly or brushed aside as a bunch of drunk people simply having fun.

A bunch of girls can take down the other team on the track but still have cheers and beers afterwards while admiring the other teams skills and skating abilities. The after party is part of the teams ability to extend the sportsmanship that is unique to derby. (If your derby teams wins in a visiting city do you have to worry about your car being on fire from the losing team? no? Then I rest my case) 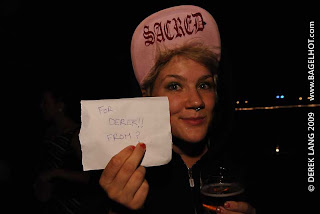 As an observer of this cross border partying over the years the two teams that seem to consistently win the after party (have the most fun, feature the most creative hijinks, stay up the latest, last longest, and function properly the next day - this last point is pretty important) in all of derby land have got to be the Hammer City Roller Girls and the Montreal Roller Derby.

Disclaimer: Now before someone from either city interjects that one is way more off the charts than the other or that there's no way Montreal or Hammer City can be the after party winners compared to city X with derby league Y, I have to say that this is solely based on my experience running from city to city along the various derby circuits. If there is another league boasting that they are the definitive winners, invite me over, and we'll compare.

So what's the secret ingredient that makes these two teams stand out over all else? A quick glance one might guess it's got something to do with the higher alcohol percentage in the beer north of the 49th parallel (American/Canadian border). It could be something based from living in Canada (like maybe free healthcare).

Whatever the X factor is, the fact remains that the two crazy teams were getting together in the same place for the same after party. Watch out! Crazy good times ahead! 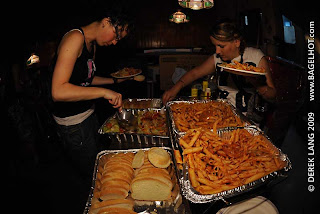 The fun, the food. 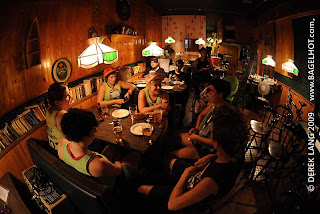 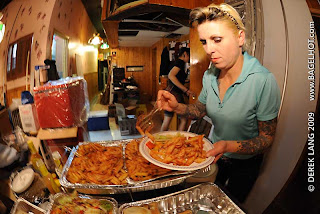 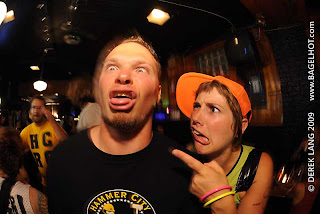 The third of the series 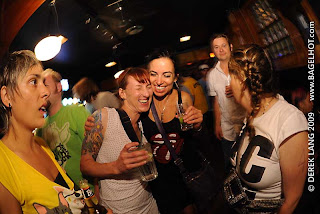 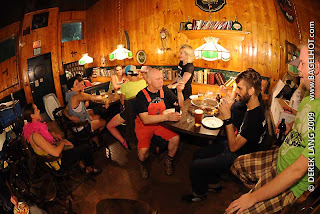 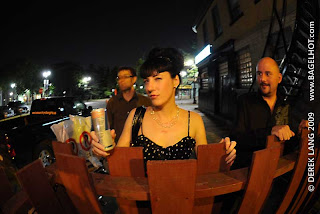 Is this a Roller Derby only event or can anyone join? 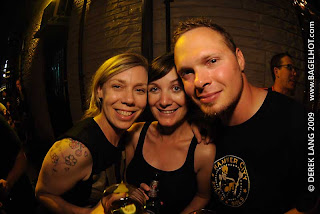 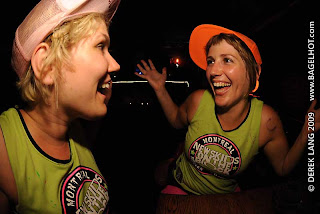 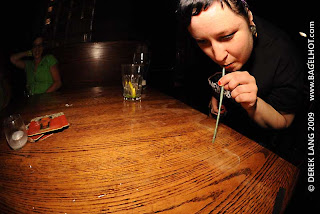 Derby life lesson "Don't cry over spilt beer, grab a straw and suck it up." 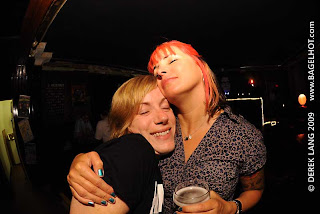 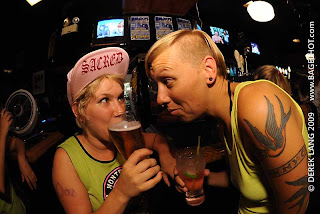 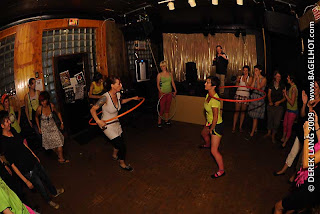 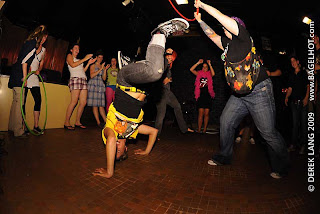 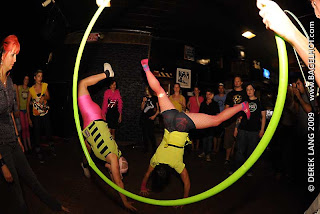 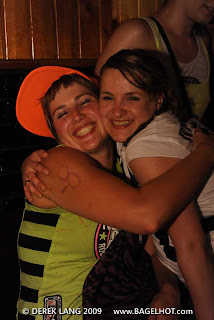 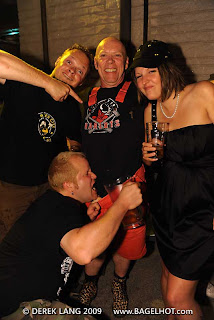 After partying it up at This ain't Hollywood, the party moved over to Danger Mouse and Paul Bearer's house. The after after party had begun. A combination of blabbing, rock party, drinking and eating went into the night.

It was before all the partying began, like right after the game, that Rebel Rock-it and I decided we'd follow the Montrealers to Buffalo the next day for the match against Queen City... 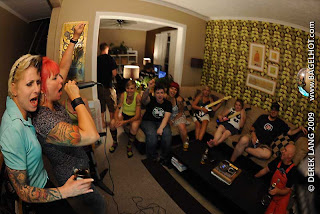 Rock Band at the after after party 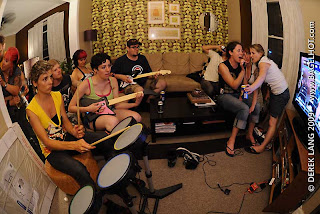 Still partying into the night...

This is a quote from Scott MacIver (the Montreal announcer) from this night...

"As I hear frantic screams from inside, which I assume are from Danger getting jumped by two drunken roller girls, in her own bed at 8AM, I go inside and find a good batch of sofa. I doze for a few minutes, maybe half an hour. Jett hops down the stairs, Boom Boom falls down the stairs. I wake up and give her a hand for style. We chat for a bit, and, I kid you not, they keep drinking. Hamilton wins this after party, like 87-12."
Posted by BagelHot at 10:00 PM