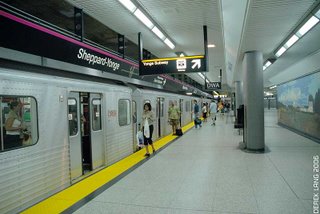 I spent the entire day travelling around dropping off various photo CDs. One such stop was out on the sheppard yonge line. Bayview to be precise. The Sheppard Yonge line being relatively new is a part of the transit system I hardly travel on.

The most notable place on the line that I know of is IKEA. Other than that it's a line I usually find myself on when I get lost. Today however I had to visit the resident Loblaws to drop off Bill's party pictures to Simon, the photo lab guy. 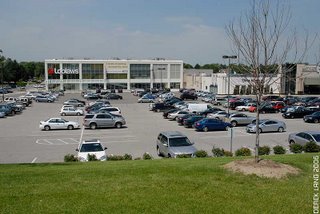 It was pretty hot today. I noticed the Sun's heat bouncing up off the pavement while walking from the station to the shopping mall.
Posted by BagelHot at 12:39 AM