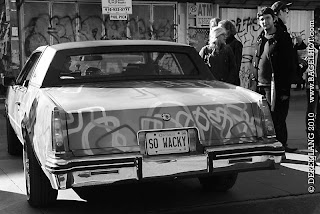 In the weird world known as Kensington market Paula and I were wandering around on a photo excursion when we saw a brightly painted car with the above license plate. It was the precursor to the street going all nutty. A sign so to speak of what was to follow. A bunch of people with signs that read "Free Hugs" seemed to pop out all around us, coming out of no where.

It was like a bad TV episode where the writers just gave up and decided to use material from other shows forgetting any show bible ever existed, throwing any story line consistency out the window. A lost circus troupe? an accordion guy? The surreal feeling of the Twilight Zone. Throw it all in!! 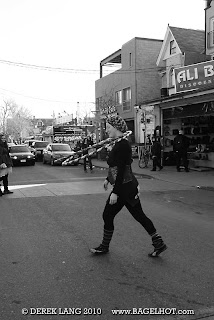 People with cameras started popping out of the wood work taking photos of what was going on. Traffic was being backed up. It was all so strange and weird but had a fun vibe.

At first you're thinking "Who are these strangers?", "What's the catch?", "What's with all this hug stuff anyway?". You could see various people walking by make crunched up, squinty eyed, faces and hurrying along their way, trying not to make any further eye contact. 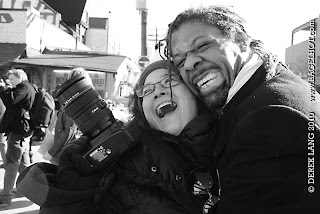 Paula gets a hug!

Then Paula got a hug. That seemed to let the hug flood gates open. Like hug bomb, people all around me were getting hugged, girls started dancing to music, hula hooping. There was the accordion guy but also a sax player who start playing in sync to the hub bomb being dropped. 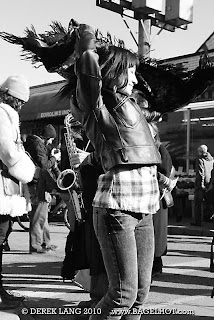 We met a hobbyist photographer from London (UK) who calmly stated that these hug occurrences happen in other cities all over the world. I kept waiting for him to take out a notebook or clip board, then pull out a walkie talkie to report in ala X-files. Another sighting recorded prepare to drop bomb to cleanse the area.

No bomb, no knock out gas with that weird sense of amnesia. The crowd was still in hug mode. If I didn't have photos as proof I'd think it was something I'd made up while under the influence. Maybe I drank some shots or something? Jello shooter? nope. 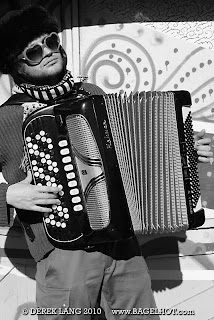 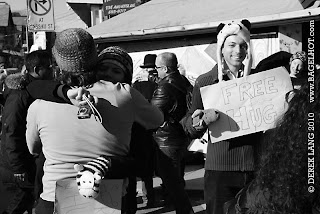 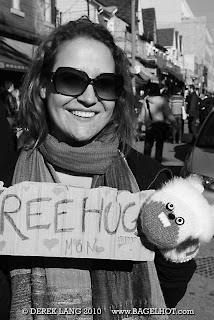 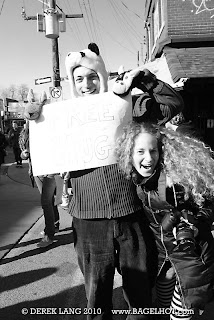 Eventually we left the group of huggy people to return to our photo taking, normal lives. 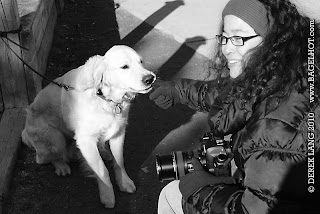