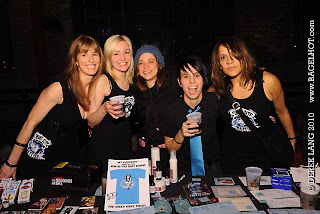 Some new, some not as new.

The Smoke City Betties, one of ToRDs four awesome teams, had a fund raiser tonight. I looked over at the auction table and didn't recognize a bunch of the people there. While normally a first reaction might be "Who are these people?" as a photographer of derby one has to take into account that a derby skater does not always look like the same person in a real life environment compared to the big exciting sport life on the track.

There are a few factors that play into this. 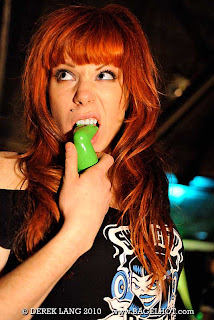 As it turns out the people behind the table at the auction were actually new skaters that I had not met yet. That was good, verifying that my brain and memory (at least for derby) was still intact. wheew. 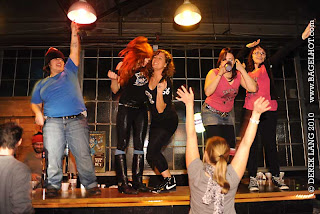 At some point in the night the old derby standard of Journey started to play. I think that's also about the time the party picked up a bit. Some of the girls got up on the beer counter and started dancing to the song while singing along.

One of these days I'll have to make a book just on photos taken at roller derby after parties with this song playing in the background. It's magical. Gold! Photographic gold!!! 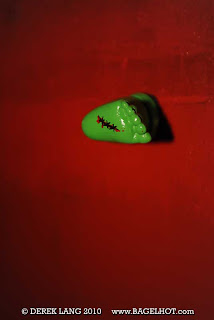 It's a magnet for foot notes.
Posted by BagelHot at 9:30 PM