Sucks to be a drummer 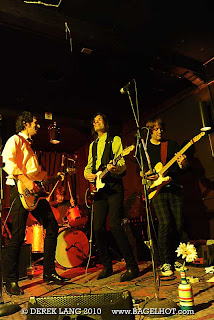 Tonight I was at Mitzi's sister photographing The Bon (and as it turns out the James Clark Institute). It's been a while since photographing a band in such a small space. The stage was tiny. Mic stands, band gear, speakers, and the musicians all crammed into one small spot. 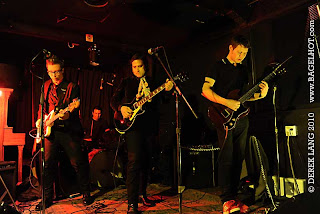 How many times have you looked at cool rock photos and realized there's no photo of the drummer? Maybe you've never noticed at all and if you did maybe it was a photo of Phil Collins or Sheila E. since they're not only drummers but singers as well. Had my cousin Dave not beaten into my brain that there's a drummer on stage somewhere I probably would have been content just taking photos of the guitarists and any other musicians in front. 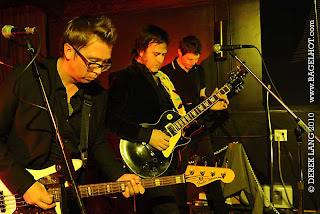 The wall of guitarists

Not only does the drummer have the most stuff to lug around, they usually get the worst spot on stage to be photographed. The drummer is located usually behind all the other band members, especially if the stage is small, and they generally can't move around much as that's the nature of the instrument they're playing.

If the venue is kind they might be lit, but in a lot of cases they're not. So not only do you have to find them behind a wall of other performers, you also have to deal with the fact that they're in the dark. 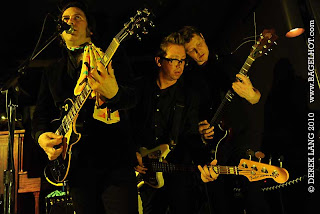 no open spaces, the drummer is blocked 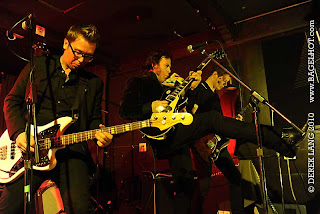 Movement, a luxury most drummers do not have 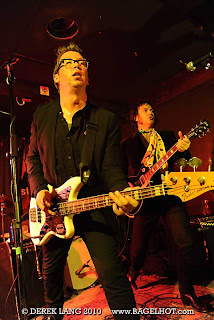 Stage positioning, drummers generally in the back 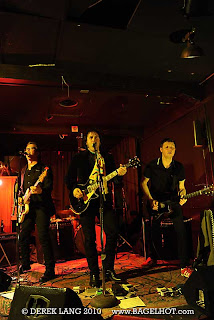 Great photo but no drummer

So the next time you're at a concert or at a live performance in a bar or some other such venue, photograph the drummer. It'll make my cousin Dave happy.
Posted by BagelHot at 10:00 PM