10:24 Journey starts
Jennifer picks me up at my place. We pack her car with my gear, leave Toronto and head toward Hamilton.

11:23 arrive in Hamilton at Vicadoom's house.
Originally we were going to park Lock's car in the driveway but Vicadoom's car is parked there and we didn't want to block her in. She'd be driving up later on in the day to Fort Wayne. Lock thinks she might be at home (her car is there after all). We try calling her cell phone. No answer. Later I would find out she was sleeping (due to shift work) which is why she didn't pick up the phone.

11:34 arrive at Leah and Craig's place
Plan B. Leave the car in Leah and Craig's driveway. I leave a note meant to tell Craig that Lock's car is in his driveway. Thanks to my broken english (trying to save space on the little piece of paper) and the chicken scratch like hand writing Craig is confused by letter stuck in his door. 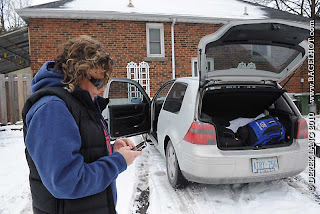 Lock waits for a cab

11:45 taxi comes to transport us to the Plucker

Woo woo!!! I used one of the $25 gift certificates that the HCRG gave me for the Pheasant Plucker. 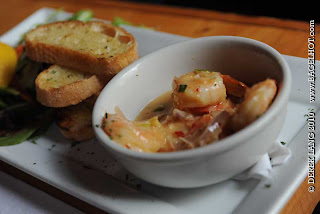 13:01 Leave the Plucker
We all get into Mama's car and drive toward Fort Wayne 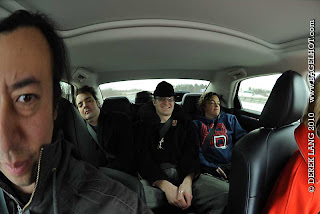 Using the GPS data and time code the above data is calculated, the approximate coordinates where we were on the highway at the time this photo was taken. Plugging that data into Google Maps gives the location the photo was taken within 15 seconds (the interval my GPS tracker was set to).

If you click on the link you'll see exactly where this photo was taken. I've adjusted the location slightly given the GPS data. You can even see the sign on the other side of the road in the google map image that matches the one in the photo behind Carl. Kind of erie how accurate it is.

15:34 pull into the line for the border crossing
We get a call from Ivy to go to gate 11. It's where the guard couldn't pronounce Pulled Pork's real name. "Jerome" (He pronounced it ger-ome-ee). For some reason we thought it would be funny to get the same border guard just to make fun of Geromee.

16:08 entered Nexus office for cross examination
However by the time we get to the border patrol, the guard has changed, and the one that interviews us asks us to go to the Nexus building for further cross examination.

We are asked to fill in some documents and then asked what we're doing, multiple times, going to the States. "Roller Derby" we say. "Is there money collected at the door?". "Yes" we answer. "How much money are you making?". "uh...None" we answer back. We attempt to explain how roller derby works financially.

The guard asks us to sit down while other officers examine the contents of our car and look up stuff on the computer database. I look over outside and notice that one of the guards has opened my bag. He looks in for about two seconds, he seems satisfied, closes the bag then the truck of the car. At that moment I realize I had packed my underwear last.

Kenny is joking around. He's a bit drunk. Mama is getting pissed off and starts giving Kenny the "behave or I will END you look". We wonder what's taking them so long to process us. I think to myself that I'd hate doing their job on or near a holiday. The number of people that have to be searched must be brutal. I notice a family (parents and a little kid) enter the building. Their profiling seems random enough.

16:43 green lit to go across border
Eventually, one of the border guards gives us the go ahead, we've checked out and are good to go. We're stumped as to what we were there for in the first place but we're happy that we're on our way. 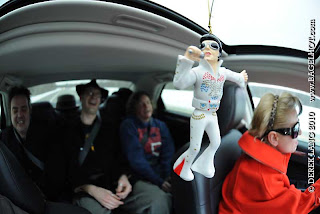 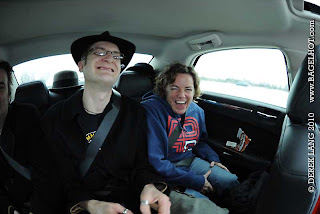 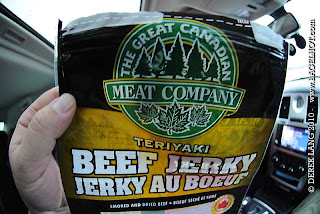 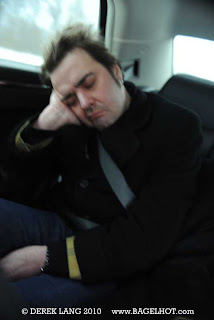 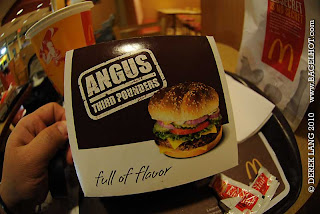 The mushroom and swiss third pounder. Canada still does not have these on the menu. 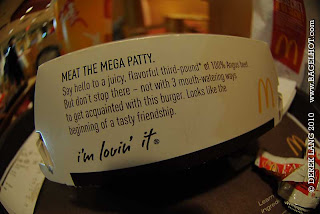 The yummy advertising on the side of the third pounder box. 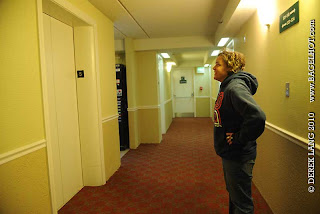 Lock waits for the elevator that smells like tapioca of love.

On our way up to the fifth floor we notice the elevator has an odour. Lock: "The elevator smells like meat", Me: "Smells like sex. More to the point it smells like someone ejaculated all over this elevator.", Lock: "you're right... eew." 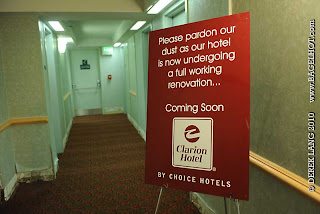 On the ninth floor the floor boards were all torn out. This didn't bother me as much as the left over residue of smoke permeating or oozing through my skin. This was definitely the smoking floor. ugh.

While the hotel might not be the greatest in smells it definitely is better than finding a door smashed in, blood stains on the ceiling or bullet holes in the wall. There was a point, actually two times with different hotel guests, where they asked me about renovations on the hotel. Maybe I have that contractor look about me as I went from one pop machine to another.

I managed to figure out by accident that if I put $1.75 of nickels into a pop machine and hit the change return button I would get back 7 quarters. While this would lighten the load of american change I'd been carrying for years in a ziplock bag, it did not allow me to get a drink I wanted. Was trying for Sierra mist (it's like Sprite) but all the machines were depleted of that flavour. 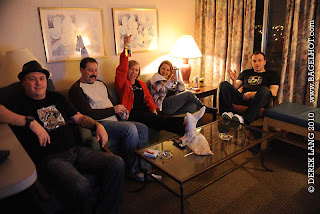 We ended up visiting Scotty in his 901-903 room where a bunch of them were already comfy and watching the Olympics. Wayne Gretzky was one of the torch bearers to light the giant flame in B.C.

The image kept pausing. It was like watching a bad quicktime, where the band width was too small for the footage. While the video quality was irritating, the sound was good and unaffected. I wondered if other places in the states were having the same problem. 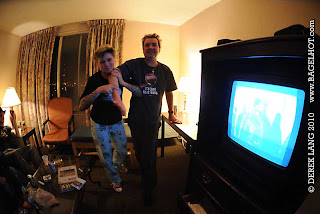 A not so sober Kenny gets escorted to bed 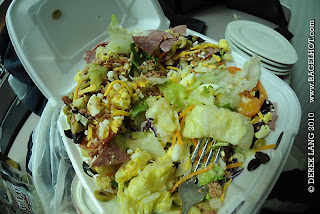 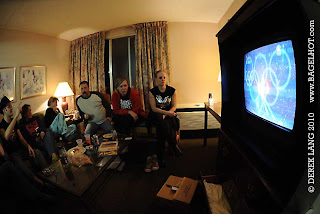 Watching the opening ceremonies on NBC
Posted by BagelHot at 10:24 AM