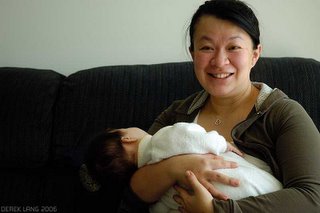 Today I would find out I lost a booked saturday photo shoot to a photographer charging a lower fee and be put on the back burner for another job where I was interviewed yesterday. On the plus side I did manage to spend time with a friend who I haven't seen in a while. I was helping move him and his family out from his condo to his parents place. They are still waiting for the construction of their house to be finished somewhere in the burbs. 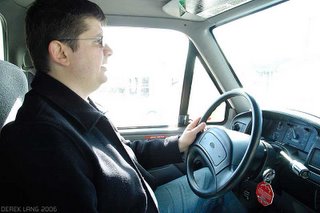 Renting a UHAUL truck we packed, moved, and unpacked the stuff from Zee's condo in record time. On the way to the parents place Zee started singing some country western song that was, at the time, catchy. I can't remember what is was now though. The singing reminded me of the Smokey and the Bandit, Cannonball Run, and Gumball rally movies all we needed was a CB. Yeee Haaaw.

Being in the truck we thought we were traveling at about 20 km/h. At least it felt like cars were going slower and the truck itself wasn't going that fast. Looking at the dashboard we noticed we were actually going at 100 km/h. That's when I noticed that if we got into an accident our feet were at about the same level as most people's heads who were driving in cars. 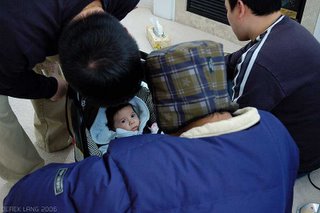 After dropping off some stuff at the parents we zipped up to Juley's parents house where we stored a bunch of stuff in the garage. It was here that we had a quick bite to eat with a bit of a baby break before bringing back the truck. 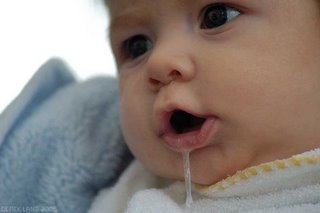 As unappealing as some babies are with all the stuff that comes out of them, from whatever end seems good at the time, it's still quite fascinating to see how they react to things and soak in the world. Kind of like watching an alien life form learn before taking over the planet. The kid, Michaela, seemed pretty stunned most of the time. Kind of reminded me of a certain Dad. Although I would not describe the ordeal as looking into the eyes of a chicken it was more like she was trying to use mental telepathy to suck the IQ from my brain. 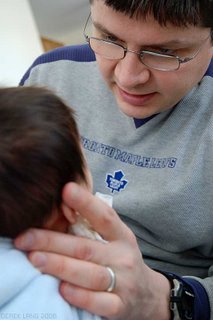