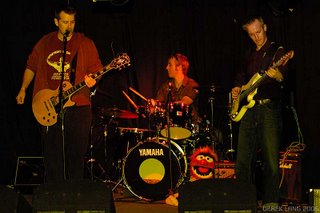 The first thing that goes through your head is "Glorothy? What the beep is that?". Once you find out it's a band some of that questionable jolt goes away. Like a band needs to explain itself. As long as the band sounds good they could be called the "Porky piggy pushers" or "shoe" and get away with it.

I'll have to admit going to see a friend's band always comes with a bit of reservation. What if they play and they suck? Do you tell the friend? Will they remain your friend after giving a bad revue? Will my camera be intact or will it be smashed into small unusable pieces? Will the bad revue be taken badly causing the bad to break up and never play again?

Luckily the band did not suck. In fact, they were pretty good. I only wish I hadn't missed the first half hour. Glorothy's members are three guys in the animation industry who somehow found each other and found out that they all play instruments. They are as folllows... 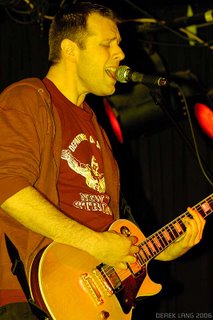 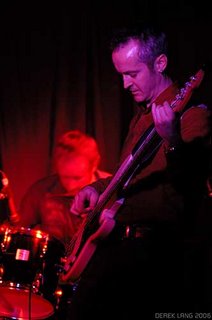 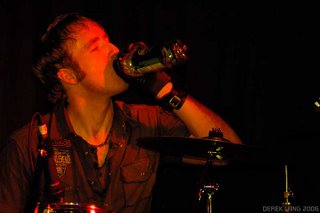 I suppose I'll have to watch out for them playing in the future. To see how their performance improves, and to see if they add any songs to their already long play list. Maybe their first album could be called "Blaze of Glorothy". uh yeah.
Posted by BagelHot at 8:00 PM

There are spelling errors in this blog entry...