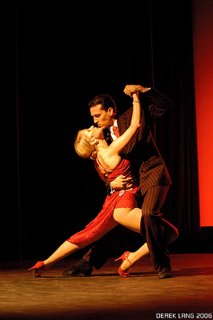 After the TAB launch, Juliet and I hurried across the city to a dance recital at the Jewish Community Centre (the JCC). A bunch of dance troops showed off their stuff. Unfortunately due to a miscommunication between the PR firm and the people working on the floor I wasn't able to shoot the first half of the show.

There was a performance done by a dance company that had a world war two theme. A story, as told through brilliant dance choreography, of a husband that gets called to go to war and the reaction of the wife and daughter. They had impeccable synchronization. 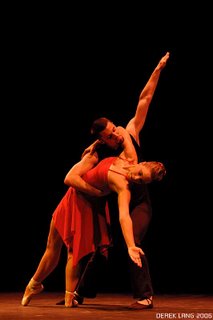 The second half of the show hilight, for me anyways, was a pair of dancers doing the tango (see first picture). They had incredible leg work where one would flick their legs between the other's legs while moving. It was like an optical illusion. It would have been great to shoot them on high speed film so you could watch them in slow motion to see how their legs did what they did. 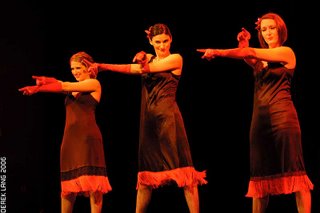 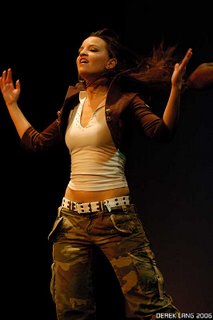 You certainly are the man about town Mr. BagelHot. I must live through your pictorial odyssey, as the two kiddies are keeping me very busy.