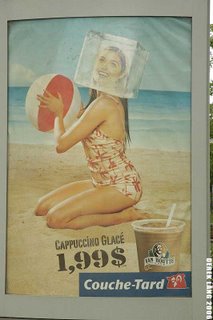 This morning we started off by trying to find something to eat. We walked south through the china town and into the old part of Montreal where there's cobble stone roads, narrow streets, a bunch of tourist traps.

It was in front of the Notre Dame Church that we ran into Linsey. Linsey, an anglo speaking Montreal native, was handing out flyers with the caption "I love Montreal Smoked meat". It was the answer to out starving question of where to eat. 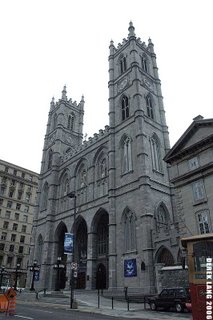 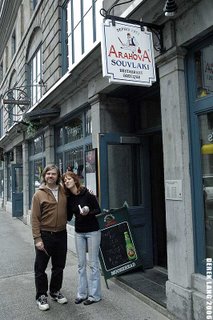 Hey it's Linsey! Our guide to breakfast. 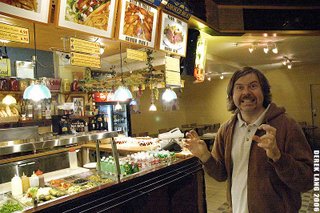 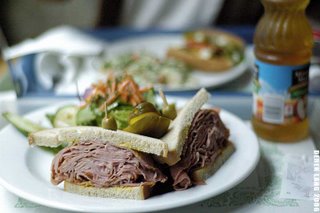 The smoked meat place in the advertisement was just one of many in a open food court type of building. I ordered the King combo or "Le Roi Trio". The plate had a salad, fries and a smoked meat sandwich on a rye type bread. 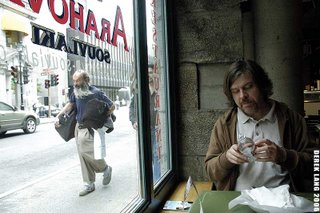 Who is that guy out the window? 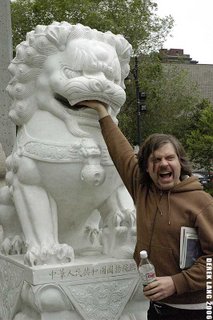 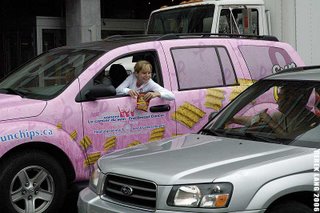 Free chips being thrown over to the silver car.

After the feast of food (which is starting to seem common in this city) we went back to the hotel (student residence) where I noticed a girl in a van flinging or maybe throwing something at a nearby vechicle. As it turns out it was a bag of chips. She wasn't throwing the bag but trying to hand over the bag to the passenger of the other car. 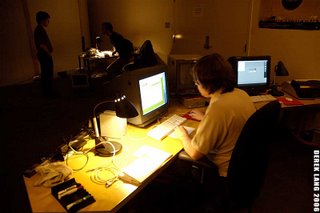 After grabbing our stuff from the hotel we crossed the park over to the SAT building. It's very convenient having the building so close to where we were staying. My first task was to help out by putting french subtitles over the english entries. Someone was nice enough to actually type in the translation pre-Montreal. It made my job easy. 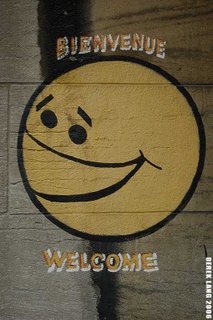 We found ourselves doubled booked and left the SAT at around 6:30pm. This worked out as it was getting to the time of eating. We took a cab up to an intersection on Saint Laurent. Then we walked north, then a block east, then south. Darryl was determined to find a restaurant we had eaten at last year.

After about an hour of walking we actually found the restaurant. It was one block directly east of where we got out of the cab. D'oh! 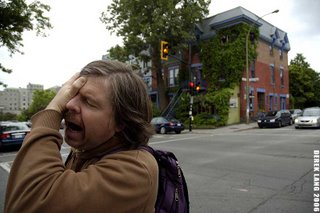 Arg! We walked for an hour in a big circle to find this restaurant was one block from where we started. 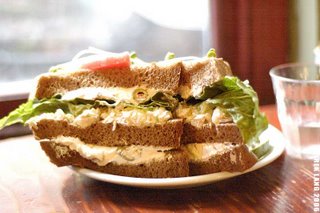 Holy Fatty Foods!
I felt really full after eating this sandwich.
Notice the tiny 8 oz cup of water in the background.

I ordered a triple decker sandwich about half the height of my face. It was huge. I actually had to force myself to eat the second half. To those that know me that says a mouthful. 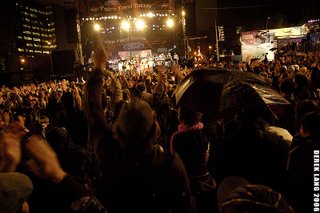 After eating, Darryl went back to the hotel, and I went to check out the Music festival. Compared to yesterday it was packed. 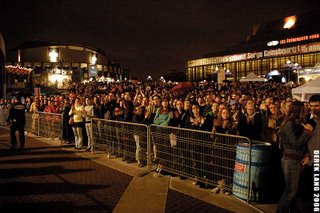 The crowd behind me. 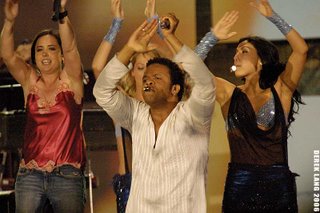 Luck Mervil taken from the same place I was standing in the previous picture using a 400mm zoom. 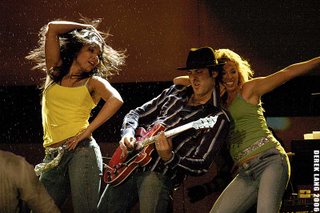 Money for nothing and your chicks for free 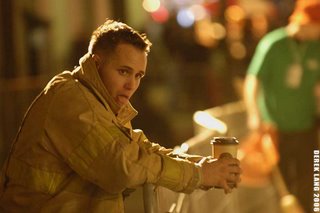 Fire fighter waits on call in the darkness near the main stage. 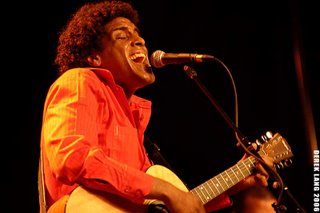 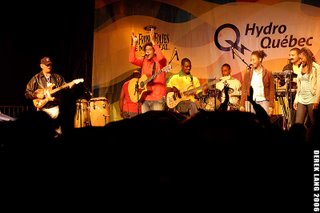 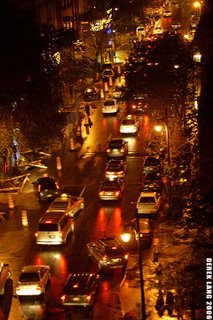 One last look out my window at Saint-Laurent before falling asleep.
Posted by BagelHot at 10:00 AM