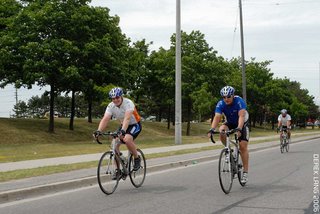 The three cyclists that started in BC heading toward Newfoundland cycled into Vaughan today with a police escort. They were followed by their camper van. Jeremy, Steve and Adrian are guys that work at the Keg and decided they wanted to do something that matters resulting in a bike ride across Canada. 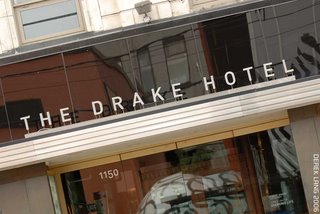 With the help of the Keg restaurants and Keggers (that's people that work at the Keg) across Canada they will raise money to go to the Kids Spirit Foundation. Yesterday was the Tour de Vaughan and the car wash, tonight's cycle for spirit fund raiser event was a Karaoke all night long event taking place at the Drake hotel down on Queen street west. 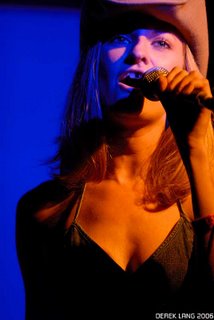 Country and western anyone? Yee Haw.

The singing started slightly after 7pm and went on until at least 2am. That's seven hours of shooting in low light conditions. I fired off a lot of shots. With each RAW 10.2 megapixel image taking 16 megabytes each the total night's worth of pictures came to just over 27 gigabytes. Geez.

Compared to the D70, the D200 uses about three times more disk space and sucks up three times the amount of power. I went through two and a half batteries that night. Keep in mind that I was using a VR lens so I'm sure that sucked up a lot of the power. 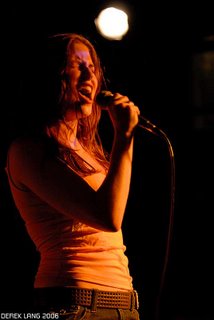 Overall it was a really good shake down of the camera features. My back was hurting by the night's end. Probably something to do with holding the camera and lens all night in shooting position. 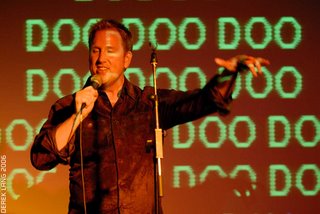 Sing along by reading the words
Posted by BagelHot at 3:00 PM

Again, such a great job Bagelhot with the camera work. Thanks again for your generosity & stamina.