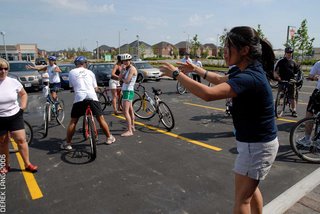 Kyoko barks out safety orders such as "Wear your helmet!"

After a day and a half of testing the gear gear it was time to do the first real run with the new camera body. Todays event: The Tour de Vaughan. A mini bike ride to help raise money for three cyclists biking across Canada and in turn raising money for the Keg Restauants Kid's Spirit Foundation.

The event started at the Vaughan Keg. Cyclists would ready themselves to bike a 25km ride. Each cyclist with a minimum of $100 in pledge money would make their way north and west to Kyoko's parents house. Along the way there were checkpoints where they could get water, first aid, directions, bike repair, and some verbal encouragement 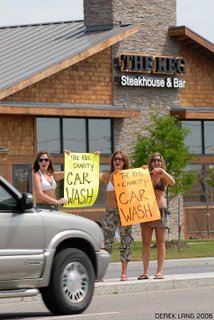 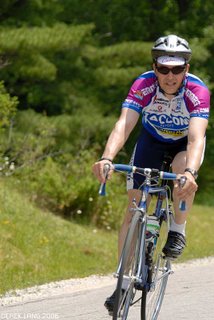 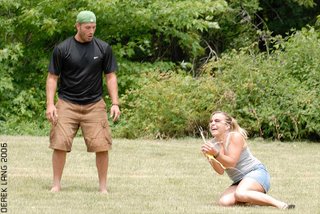 Victim of the egg toss (click image to see exploding egg)
Posted by BagelHot at 9:00 AM

Great day, fun times and all for a great cause. We raised $2903.33 that day all to the efforts of some big hearted volunteers & riders. This day reinforced all the reasons why Keggers ROCK!

For more information on the 3 guys biking across Canada for children's charities go to: